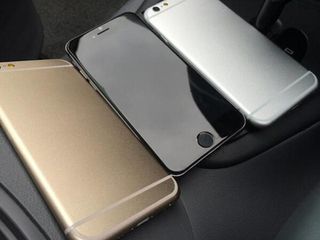 The iPhone 6 rumour mill is currently in the process of stepping-up from 'overdrive' to 'fever pitch' ahead of an Apple iPhone launch event that's rumoured to be taking place on Tuesday September 9th.

As always, there are two things we know for certain. One, there is an endless amount of speculation concerning the shape, specs and more of the new iPhone clogging-up the web, and two, nobody who knows anything for sure is going to be letting it out of the bag before Tim Cook, Apple's CEO, takes to the stage at that Apple event. Still, there's no harm in a little idle speculation.

The What Hi-Fi? review team splits fairly evenly between Apple and Android users - an occasional Windows Phone has been spotted - and has, collectively, pored over pretty much every noteworthy smartphone over the last few years. We've put our heads together and come up with a wishlist of features for the iPhone 6. Agree? Disagree? Let us know in the comments below...

It's an obvious one to start with, but for Apple to support high-resolution audio would be an almighty shove in the right direction for better quality sound. And it's not as unlikely as you might think. As far back as 2011 we reported on rumours Apple was in talks to offer 24-bit high-res audio, while the same speculation surfaced earlier this year in the run-up to the launch of iOS 8.

Of course LG and Samsung have already launched high-res-toting phones, the G2 and G3, and the Galaxy Note 3, respectively, so we certainly know it can be done.

Clearly, Apple isn't adverse to the idea of encouraging people to buy (and re-buy) their favourite music from iTunes. Hard as it may be to believe, Apple launched its iTunes Store with 128kbps AAC files. In 2009 these were updated to 256kbps files. Apple later released Mastered for iTunes versions. A high-res audio section of iTunes is not beyond the realms of possibility.

Apple is reported to be investigating the launch of an iTunes streaming service to rival Spotify with the help of recent acquisition, Beats Music - with Qobuz already offering CD-quality FLAC streams, could Apple trump them with high-res streams? We're happy to admit, we think that's a long shot...

Alternative? We would settle for a bigger, 128GB storage capacity for our lossless files instead.

4K resolution screens are of course all the rage in the world of TV and home cinema. In the world of smartphones, 4K is only now being mentioned in terms of recording functionality, such as on the Samsung Galaxy Note 3 and Sony Xperia Z1. When it comes to screen resolution, 2K phone screens are at the cutting-edge... But it's unlikely Apple will play ball and follow these numbers.

Apple prefers to market its screens using its own term, 'Retina'. So, the iPhone 6 will have course have a Retina screen - for an iPhone this is a minimum 300ppi - and an HD screen, but it's highly unlikely it will be a full HD 1920 x 1080 resolution screen, let alone 2K. And we're not too fussed. Apple's screen technology has been consistently class-leading when it comes to picture performance so it's clear the number of pixels isn't the be-all and end-all (as we well know with TV screens). What's more, a higher resolution screen won't help improve the battery life.

A larger 1472 x 828 iPhone screen resolution is tipped by reliable US tech site 9to5Mac, which would keep the familiar 16:9 aspect ratio, tick the 300+ dpi box and potentially allow for more icons on the iPhone home screen. Works for us...

Alternative? A bigger. 5.5in screen iPhone to go toe-to-toe with the flagship Android devices.

A bigger and better battery tends to be one of the most popular feature requests for any new smartphone, and the new iPhone is no different. It's the no.1 most wanted iPhone upgrade according to a uSell.com survey, with 37% of respondents making it the most requested feature. And we'd certainly agree.

The traditional barrier to a bigger battery has been Apple's desired super-slim profile. The iPhone 5S is 7.6mm slim compared to the LG G3's 8.9mm profile, which goes a little way to explaining the 1570mAh to 3000mAh battery life discrepancy. Could solar cells embedded in the screen help boost the battery without bulking up the handset? It seems a cert that the iPhone battery will be bigger - but perhaps not by much.

Near field communication (NFC) is a set of standards that when in place in two devices allows them to connect using radio communication. There are myriad of potential uses, from pairing devices for playing music to one-touch payments. Apple has so far refused to include NFC on its iPhones but the latter feature could finally be cause for the company to get on board.

Wired expects the iPhone 6 will be the first Apple smartphone to include NFC, specifically to allow for mobile payments. Could the combination of your fingerprint and your smartphone provide the secure payment of the future?

It could also make pairing with wireless headphones, speakers and multiroom systems that much easier, putting an end to fiddly set-up procedures.

Alternative? aptX Bluetooth would be a welcome addition to the iPhones wireless capabilities.

While it may be fashionable to poke fun at the hype surrounding Apple product launches (it's easily done after all), the wider world's interest in a new iPhone shows no signs of slowing down - certainly if pre-orders and sales figures are anything to go by (analysts expect the iPhone 6 to break all smartphone sales records).

But we still think it's fair to say previous iPhone events have left us feeling a little under-whelmed. Naturally Apple has no need to change a winning formula, so it tends to be incremental improvements rather than wholesale changes. We'd like to see some wow factor return.

The iPhone leaks and rumours business doesn't help - taking the surprise out of last year's fingerprint sensor, for example - but we'd still like to see Apple spring a surprise.

It could well be provided by the screen. Bigger screens? Curved screens? A scratch-proof Sapphire glass screen? It seems the area most likely ripe for Apple to deliver something special...

Alternative? Is there an alternative? To make your mark in the smartphone market, you have to turn some heads...