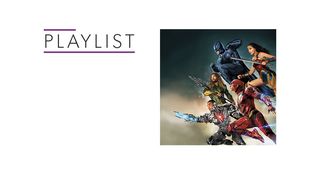 It's a case of one step forward and two steps back for the latest release in Warner Bros.' DC Extended Universe series.

2017's Wonder Woman was a show of confidence in its characters other than Batman and Superman, a sign of the series finding a storytelling groove. By comparison, Justice League is a rickety construction, a sense of too many cooks in the kitchen for this fifth DCEU film.

The story takes place in the aftermath of Superman's sacrifice in BvS: Dawn of Justice. The world has been plunged into crisis leading to a new threat in Steppenwolff (Ciaran Hinds). Batman, together with Wonder Woman, must form a new band of allies to save the world from an event of cataclysmic proportions.

Much has been made of Justice League's rocky road to release. Zack Snyder stepped away due to a family tragedy – reports suggest he was fired long before that – with Josh Whedon hired to rewrite and reshoot parts of the film.

The result is a film with Snyder's name on it, but not necessarily his outlook. A mix of different visions that has led to a patchwork quilt of a film. It's no outright failure but Justice League underwhelms.

It does, in its favour, now have a sense of humour that comes close to jollity on occasion, something Man of Steel didn't find much room for and the oppressively dour Dawn of Justice discarded.

It embraces the fun of its comic-book roots in a way that's self-aware and self-deprecating. When asked what his superpowers are, Ben Affleck's Bruce Wayne responds with a cute "I'm rich".

There's a better sense of the film playing to the characters' true selves, rather than being trapped in the mopey Phantom Zone they often found themselves in previous films.

But it's a mixed bag in how well it all comes together. Gal Gadot's Wonder Woman feels underserved, Ray Fisher's Cyborg (morose) and Jason Momoa's Aquaman (brawny) could use more depth.

Affleck's Batman is soft in his portrayal compared to BvS, but just about engages, while Ezra Miller's The Flash is a gesture to the series lacking levity. Not all his jokes land though, and his running style is distractingly weird.

There's a hint the film has greater designs on its mind - these superheroes are more like outcasts, their powers hovering between a gift and a curse. But the film's brisk running time, and reams of backstory and exposition, leave little ground to be explored.

And the lack of a memorable villain hurts it. Steppenwolf – who, if you're old enough, will have you thinking of the Canadian rock band – is a poor foe. Ciaran Hinds' mo-cap'd performance is an unconvincing CG creation, his purpose on Earth never truly engaging.

His mutterings about "the Unity", collectively addressing the three Motherboxes – the devices he requires to turn the world to a cinder – as 'Mother' would be amusing if it wasn't so daft.

So we have a film that's neither here nor there, bearing the telltale signs of a disrupted production. The action scenes are functional, packing a lot of bang for your buck that tips the film towards enjoyable if not necessarily memorable.

In the end it scrapes over the line, though you can see the seams and bucketloads of glue that hold it together. Justice League leaves the DCEU on the back foot again, requiring another Wonder Woman to pluck it from danger. In this respect Aquaman cannot come quickly enough.

Justice League was shot on 35mm film with additional photography on digital Arri Alexa cameras at 5.1K, receiving a 2K Digital Intermediate in the process. It also benefits from a widescreen presentation, dropping the anamorphic look of Snyder's previous films for a 1.85:1 frame that expands the film's scope.

It's an upscaled effort and that's no bad thing. The 4K is able to grasp more detail, with suits, textures and facial features more refined. The nicks and scratches on The Flash's (overly complicated) suit, or the patterns and colours on the rest of the League's suits, look better composed. Skin tones are distinguishable and well conveyed.

Blacks are impressively realised, apparent in the scene where Batman tracks down a Parademon in Gotham. The differences in the various shades and textures of black, along with Batman's gunmetal grey torso, helps to create a sense of depth. It's a more colourful image too, more expressive in its use of colours that ties into the film's ligher tone. The sliver of film grain adds a nice texture to the image.

There's a greater intensity to the colours, such as the red glow Cyborg's exoskeleton emits, that's rich and deep. The brighter, more saturated aspects of scenes pop a bit more, like the instance where Superman returns to the Kent farm, which looks gorgeous with its pink hues.

The abundance of CG does attract artificiality, the image lacking a sense of clarity in some moments, the use of film grain perhaps obscuring some detail. The CG removal of Henry Cavill's moustache – a victim of reshoots and a scheduling conflict with Mission: Impossible Fallout – looks slightly less like a waxwork from Madame Tussauds than it does on the Blu-ray. But only slightly.

Overall, it's an attractive presentation that's not always the most organic-looking, with a reliance on too much CG at times.

Justice League's Atmos track can be quite forceful at times, a dynamic effort that remains composed when the film goes loud.

There's a weight and thud to interactions, especially when the heroes are engaged in room-shaking fights. Dialogue errs to the centre, but can travel across the front speakers and on rare occasions appears in the height channels. There's clarity to voices too, so much so you'll notice which bits of dialogue appear to have been looped in later.

The movement of Parademons add height to track and offer good fodder for a surround package's panning capabilities. There's an engaging amount of activity in the surrounds, in particular the sparks of electricty when The Flash enters the Speedforce. The height channels aren't engaged often, just to flex the spatial muscles of the track in several scenes.

Detail does not get lost in the mix, which is important as the track can get busy. Bass registers effectively, good in moments when Superman decides to enforce some justice with his fists.

Danny Elfman's score feels better integrated than we remember hearing at the cinema. It complements the action well, though we're mixed on the use of his Batman theme and John William's Superman theme. One last note: the track defaults to the DTS-HD track, so you will need to change to Atmos in the menu.

This Atmos track offers suitable power, weight and detail and along with the picture performance helps to produce an entertaining 4K Blu-ray presentation.

Coming hard on the heels of Wonder Woman, Justice League isn't the confident foot forward we would have liked - but it does sow the seeds of a more enjoyable tone and less dour outlook for the series.

The attempts to make the film more fun arguably produce a scattershot experience. It's an improvement on most of the entries in the DCEU, though its flaws keep it from being a rewarding watch.

At least on the sound and vision side it puts in a better performance, with an attractive, colourful image and a suitably powerful Atmos track.

DC will need to do better with its future efforts if it's to make the most of this series.

Inside the Amaray case there's a digital code (compatible with most iOS and Android devices) and an insert advertising other film and animated offerings in the DC Universe. Otherwise extras are as follows: