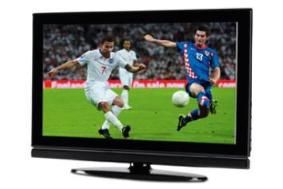 A properly mediocre TV is a rare thing in the modern market. Here’s one

To paraphrase that famous advertising campaign, this isn't just a television – it's a Marks and Spencer television.

A clever one, too: the iViewer (made by Cello, and sold exclusively through M&S) is a web-friendly 32in design, so show it a decent broadband supply, via ethernet or an optional wi-fi dongle, and you'll soon be streaming video from the iPlayer, YouTube and selected online ‘channels', including that of our sister magazine, Autocar.

As of June, it'll add Sky Player support: in the meantime, DLNA compatibility means you can share content with a suitable PC on your network.

So far, so flexible. But the iViewer's picture and sound quality swiftly undermine its appeal. Pictures suffer from a permanent drizzle of noise regardless of source.

Smearing and stability issues
Motion has smearing and some stability issues, and even when watching the iPlayer on the highest-performance mode through a wired, high-speed broadband connection, images suffer from blocking and, on occasion, very poor lip-sync.

Of course, online content can often look poor on a TV screen. The problem is that the iViewer's fundamentals – its screen, scaling and video processing – simply aren't good enough.

If you've got a flat TV and simply want to upgrade it to online viewing, add a Sony BDP-S370 Blu-ray deck instead: it'll do a much better job.