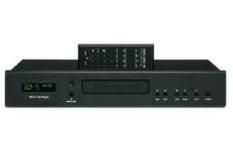 Best known for its bullet-proof amps, Canadian outfit Bryston has been catering to voyeuristic audiophiles who like to hear everything going on behind the mic.

Typical to its philosophy, Bryston decided to make a CD player only when it had a well-proven recipe.

Featuring a 192kHz/24-bit Crystal DAC and 128x oversampling, there's a lot of tech on the BCD-1's insides. Opting for the single-box layout, Bryston claims it can control jitter better since the master clock doesn't have to be re-clocked when it passes the signal from the transport to the DAC.

Deep and wide soundstage
Radiohead's In Rainbows makes for an ideal test to reveal the subtleties of timing and rhythm as the complex programming really makes your system break sweat. The BCD-1 has a vice-like grip on the tempo, creating a deep and wide soundstage for the listener to immerse themselves in.

On vocal-heavy music such as Scott Christian's Splinters, the tonal character of the player is showcased well and has a neutral balance. The noise floor is kept low and this really highlights the player's competence with dynamics and transients.

The lush soundstage etches out instruments perfectly in space and time and can easily rank with the best in the segment or even one above.

It won't do HDCD, it won't support the half-dead high-resolution music formats and it's got an off-puttingly chunky remote. But, if you're looking for a CD player to breathe new life into your music collection, the BCD-1 should do the trick.