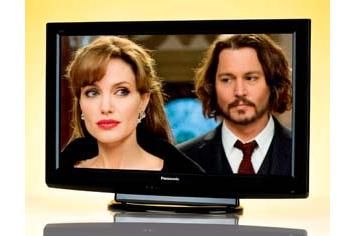 The Panasonic TX-P37X20 is, as far as we're aware, the only 37in plasma TV still being manufactured.

It's also a backwards looking set, with a complete lack of internet content and a resolution that – gasp! – isn't even full HD.

The price is right
Get past the numbers, though, and the X20 has a lot to offer. For a start, it's crazy cheap – and its back-to-basics approach makes calibrating with a THX Optimizer a five-minute job.

That relatively low resolution is proves a blessing in some ways too, as it means the TV doesn't need to work as hard to upscale SD stuff, which results in clean and controlled pictures from DVD and Freeview.

Start with the Die Hard 2 DVD and the X20 does a great job of displaying the straight lines and tough patterns of the besieged airport without introducing unwanted fizz.

As is typical for a plasma, it's also capable of delivering lovely, deep blacks, but what's more surprising is its ability to produce whites with real punch. It's this impressive contrast that lends an extra dose of excitement in the snow-covered night-time scenes.

Typical plasma warmth
Of course, no one's going to expect perfection from a £385 telly, and you don't get it. That the X20 has a warmth to its colours that's typical for plasmas.

Fans of that type of picture (we know you're out there) will clearly appreciate the extra flush it adds to skin tones, but it isn't exactly neutral or natural.

It's not the most insightful performer of the budget market, either: that cleanliness and stability comes at the expense of the finest details, with the Panasonic painting scenes with a slightly broader brush than its peers.

Move up a notch to The Expendables on Blu-ray, and those traits remain, but are somewhat exaggerated by the jump to this most unsubtle of high definition movies.

The unnaturally Botox-ed faces of our ageing action heroes are given extra redness by the plasma panel, and although it will accept a 1080p/24fps signal, the HD-ready resolution of the screen sees the X20 lose more ground to its Full HD rivals in the detail stakes.

It's not an unpleasant performance by any stretch of the imagination.

In fact, for a while it looked like the Panasonic's general capability at an awesome price might be enough for it to secure the full five stars.

That was before we saw the LG 37LD490, though, which costs just £15 more but beats the X20 for performance and boasts features such as Freeview HD, internet video, and an EPG that doesn't make you cross-eyed.

Still, the Panasonic remains a very decent TV for the money, especially if you're going to feed it an exclusively standard-definition diet.