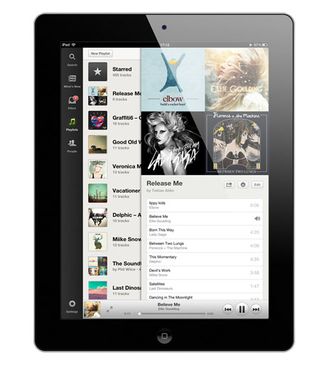 Until now, iPad owners have had to make do with the Spotify app designed for the iPhone's smaller screen.

But now there's a full-size version available. Key features include:

• Retina graphics for compatibility with the new iPad's screen

• Search for playlists, music and users, all from the same view

• Trending playlists and songs among your friends

Spotify for iPad is available in the Apple App Store now.

There's also an updated version for iPhone users, which brings gapless playback, crossfade and hi-res album artwork to Spotify on the iPhone.

The update also promises to sort out syncing issues with offline playlists, which has been a reported issue for some users.

The iOS update across all devices is also available now in the Apple App Store.