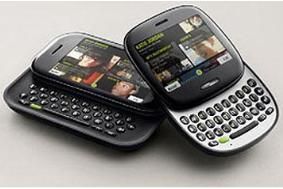 Microsoft has cancelled the European launch of its Kin mobile phone, less than three months after its launch.

The mobile, aimed at "young, socially connected people", has been on sale in the US – and will remain on sale – though has reportedly sold less than 500 units.

Microsoft said it was now focusing exclusively on the latest version of its mobile software, Windows Phone 7. In a statement, it said: "We are integrating our Kin team with the Windows Phone 7 team, incorporating valuable ideas and technologies from Kin into future Windows Phone releases and beyond."

The news comes after Robbie Bach, head of Microsoft Mobile, announced he would leave the company later this year. The company has since reorganised its mobile phone and gaming division.

Two models – the 4GB KIN One and 8GB KIN Two – will be available via Verizon next month, and in Germany, Italy, Spain and the UK on Vodafone this Autumn.

The KIN phones have been designed "specifically for people who are actively navigating their social lives", according to Microsoft: social networking via services such as Facebook, MySpace and Twitter is a major part of the phones' functionality, via a home screen called the KIN Loop.

Sharing of web pages and other information, including photos and videos shot on the built-in cameras, is also possible using remote storage accessible from any web browser, allowing users to create an online digital journal that's constantly updated.

The KIN models are also the first Windows Phones to provide the functionality of Microsoft's Zune music and video player, allowing streaming and download of content from the Zune Marketplace as well as podcast and FM radio listening.

Both KIN models have both slide-out keyboards and touchscreen displays, plus cameras with image stabilisation and an LED flash.

The smaller One model is ultra-compact, designed for use with one hand, and has a five megapixel camera, while the Two has a larger screen and keyboard, an eight megapixel camera and the ability to shoot high-definition video.