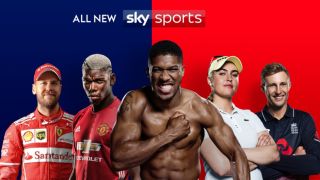 As expected, Sky has unveiled a major revamp of its sports channels. Under the changes - which kick in on 18th July - you'll be able to subscribe only to sport that you want to watch.

Sky will offer 10 channels, five of which will cover a specific sport. Sky Sports Premier League will only show action from the UK's top-flight league, for example, with all other football finding a home on Sky Sports Football. There are also dedicated channels for cricket, golf and F1.

Finally, Sky Sports News and taster channel Sky Sports Mix will be free to all Sky subscribers, even those who don't pay for Sky Sports.

Sky is also promising new programmes, including a nightly football debate show on Sky Sports Premier League, masterclasses from the likes of Shane Warne, and new sporting documentaries. All of its digital platforms will be brought together in a new and improved Sky Sports app for smartphones and tablets.

Here are the new Sky Q features coming in 2017

Sky Q: Everything you need to know