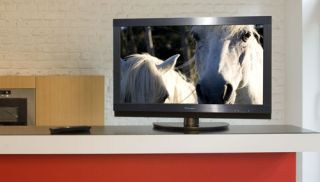 Details of three new Pioneer LED TVs have been released. with 40, 46 and 55in sets confirmed. The new TVs are set to be launched in Nordic countries this month, but Pioneer UK says it can't confirm reports that we will see them here "in early 2014".

According to hdtvtest.co.uk, the three TVs in question are rebranded Thomson W6 series TVs, manufactured by Chinese firm TCL.

As we reported last month, the Pioneer TV brand is making a come back following an exclusive deal with Dixons Retail, which owns Currys and PC World.

But a Pioneer spokesman told whathifi.com "nothing has been confirmed for the UK yet". And there's no sign of the famous Pioneer KURO plasma TVs making a comeback.

Nevertheless, a report by trade magazine ERT suggests Pioneer will return with full HD, 3D, LED TVs in 40in, 46in and 55in screen sizes. The new TVs are set to tick-off all the usual features, sporting three HDMI inputs, three USB connections, Smart TV apps and wireless connectivity.

Yoshihide Beppu, business planning director of Pioneer Home Electronics Corporation, said: “We’re delighted to collaborate with Dixons Retail. With our unparalleled reputation for cutting-edge technology and sophisticated designs, we know these technologically advanced high-end TVs have a unique place within the market.

Beppu also said that Pioneer valued Dixons' "highly respectful approach to the premium positioning of the Pioneer brand", suggesting the price of these new Pioneer TVs would once again position the brand towards the high-end, where Pioneer sets traditionally sat.

However, despite this high-end talk, there's no sign of the famous Pioneer plasma TVs making a come back – we've asked Pioneer for confirmation.

The brand's reputation for TV excellence was built on class-leading plasma TVs, such as the Pioneer PDP-LX5090, which are still revered to this day. Pioneer later launched a range of KURO LCD TVs (pictured, top), though these sets didn't perform as well.

However, despite four of our six TV award-winners being plasma sets, the end appears to be nigh for plasma technology, with Panasonic recently quitting the plasma business.

So the return of Pioneer plasma TVs looks unlikely – and that's before we consider the fact that many of the engineers that worked on Pioneer's plasmas moved to Panasonic many years ago, meaning it's far from guaranteed that a new Pioneer plasma would be up to the same standards.