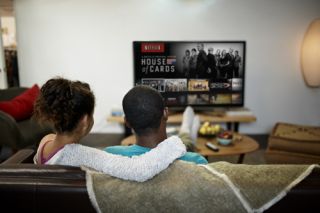 Reports suggest that a deal signed last month between the on-demand video provider and US ISP Comcast included a fee paid by Netflix to ensure a "high-quality video experience".

A statement issued at the time, however, claimed that Netflix wouldn't receive any "preferential network treatment under the multi-year agreement, terms of which are not being disclosed".

Hastings has now used the official Netflix blog to express his disapproval at the "big ISPs" that aren't providing "sufficient interconnectivity" to give its customers high video quality.

MORE: Netflix to invest $3bn on expanding TV and film content in 2014

He said: "Once Netflix agrees to pay the ISP interconnection fees, however, sufficient capacity is made available and high quality service for consumers is restored.

Netflix is also said to be in talks with Verizon over a interconnection deal, with the company set to "reluctantly pay large ISPs to ensure a high quality member experience" in the short term.

With Netflix working on the introduction of 4K streaming video, however, it may bring them into further conflict with ISPs if the service is going to require an increase in data consumption.