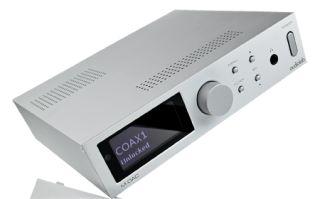 The DAC market is steadily growing in popularity every year. 2013 has seen an explosion of highly rated products that will get the best out of your digital music library.

Our DAC category was predictably competitive as a result, with any number of products vying to to be not only the best in class, but the overall Product of the Year.

With the competition so intense, last year’s Product of the Year (and winner in the “up to £300” category), the AudioQuest Dragonfly, dropped out of the running when the HRT MicroStreamer surpassed it early in the year.

And sure enough, the HRT MicroStreamer, a tiny, USB-sized DAC, won the best DAC up to £300 award, serving up an excellent performance for a knockout price.

The Arcam irDAC took the Product of the Year honours, delivering a performance that knocked our socks off, delivering a composed, confident sound.

Audiolab’s M-DAC is not a new name to our Awards process – it has been a constant fixture in the last three years. It's still more than capable of handling itself against competitors both new and old.

The Chord Chordette Qute HD is where our tastes begin to hit a rather premium price. Nevertheless, this technical marvel puts the music in the spotlight and, if you’re an audiophile, supports high-res files with some ease.

Finally, we reach our most expensive winner, the Naim DAC-V1. You may wonder why you’d need to pay so much but the performance gains, its versatility and feature count take it above and beyond what’s available elsewhere.