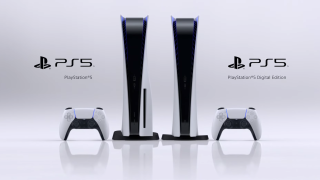 It’s fair to say Sony didn’t disappoint at its recent PS5 launch event. What started as a showcase for a number of new blockbuster games, climaxed with a reveal of not just one but two new PS5 consoles: the standard PS5 complete with 4K Blu-ray drive and a disc-less version of the console, dubbed the PS5 Digital Edition.

But despite the lavish unveil, which provided more concrete PS5 information in ten minutes that we've had in 10 months of speculation, Sony still left a number of key questions unanswered.

It seems obvious that the disc-less version will be the cheaper of the two, but by how much? If the only difference between the two is the absence of a 4K Blu-ray drive, and the rest of the console’s specs and features are the same, our guess is a savibg of around £100 ($100).

Of course, everyone’s also waiting on word from the Xbox camp on how much the new Xbox Series X will cost. It too is supposed to have a disc-less sibling, which makes things all the more intriguing.

We've factored in everything from previous console history to Sony comments to rumours and leaks to take our best stab at the PS5 price...

We know the PS5 is launching around the same time as the Xbox Series X, i.e Holiday 2020, but as is the case with Microsoft’s console(s), we still don’t have a definitive date for the launch.

Are both versions of the PS5 going to launch on the same day to maximise sales, or will there be a slight delay? We doubt PlayStation will want to give any advantage to Xbox in this regard, so we expect a simultaneous assault on the console market.

3. What AV connections will be on the PS5?

We were treated to a front-on view of the console during the PS5 reveal, but didn’t get a glimpse of the back. We spotted a couple of buttons on the front of the standard PS5, which we assume are power and eject. You can also see there are two USB sockets on the front, one Type-A and one USB-C, presumably to cater for legacy PS4 controllers and the new PS5 DualSense wireless controller.

But what lies in wait around the back of the console? We’re assuming an HDMI 2.1 output and Ethernet connection at the very minimum. Could there be an HDMI input for connecting an external source? Is there an optical digital output for connecting the console to legacy AV receivers and soundbars? What about the 1080p HD camera, how does that fit in? The console is also supposed to have expandable storage on top of its 825GB SSD hard drive, but will the extra bay be inside the console or could it be a slot around the back?

Hopefully, these gaps in the console's specs will be filled in sooner rather than later.

4. Does the PS5 support Dolby Atmos and Dolby Vision?

PlayStation chose the recent launch to once again highlight the console’s own 3D Audio processing, which will be used primarily in its games. But we still don’t know if the PS5’s 4K Blu-ray drive, or any of the streaming apps that presumably will be built into the console, will support Dolby Atmos, DTS:X or Dolby Vision.

Due to issues around the current Covid-19 pandemic, the decision was made by PlayStation to broadcast the stream in 1080p at 30 frames per second. Obviously, this is a few pixels short of the 8K resolution the PS5 is supposedly capable of, so it’s hard to make a judgement on the games that were seen at the reveal event.

Having said that, two or three clips of gameplay, notably for Oddworld: Solarstorm and Ratchet & Clank: Rift Apart looked particularly detailed and smooth, which hopefully sets us in good stead for the actual game release.