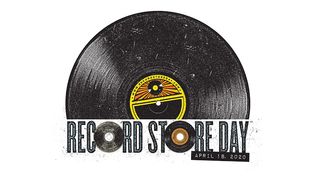 While of course we'd rather be able to celebrate Record Store Day on 18 April by going to our local shop and picking up some exclusive vinyl, we're deciding to focus on the positives.

After all, there's no reason we can't still make a point of listening to music this weekend, and there are plenty of stores still trading online, but it also allows us a bit longer to save our pennies and plan our purchases on the new 20 June RSD date.

The official list of Record Store Day UK releases for 2020 was released a good few weeks ago, with more than 450 records going on sale across the country, and many worldwide.

This huge celebration of vinyl covers several special edition re-issues, some new material, classic film scores and plenty of before now unheard music from the archives of some of our favourite musicians.

Given the queues you’re likely to face getting into your local record shop on the day, it’d be folly to arrive unprepared. We’re making our lists, too, and here we’re sharing ten of the records we’re already budgeting for on the big day.

Selection From The Songs Of Avatars by Robbie Basho

Robbie Basho was not only a guitar virtuoso, but a sublime sonic tourist who incorporated Hindi, Indian, Japanese and Native American musical traditions into his works. Tompkins Square is set to release a 5CD set of previously unheard material named Songs Of The Avatars: The Lost Master Tapes, and this single disc LP contains seven of those pieces.

Alain Goraguer’s music for La Planete Sauvage was included in our list of 10 of the best movie scores to test your system, so we’re delighted to see it on this year’s RSD list. The composer was at a creative peak when he was asked to score this early 1970s French animation, in which giant blue meditating Draags enslave human-like Oms on their planet Ygam, and it shows. A long-time collaborator and composer with Serge Gainsbourg, Goraguer’s breakbeats and psychedelic instrumentation are the perfect backdrop for a surreal allegory that painfully remains relevant in the 21st century.

Between 1950 and 1960, Charles Mingus released more than 20 albums. But it’s Mingus Ah Um – packed with compositions written for or about his musical heroes, such as Lester Young and Duke Ellington, as well as less affectionate figures, such as Orval E. Faubus ­– that is the most consistently dazzling. Mingus Ah Um Redux contains a second disc of recordings from the album’s sessions previously released only on CD.

The Essential by Philip Glass

If any artist could truly be considered essential to have in your collection then Philip Glass is surely one. This 4LP numbered and limited deluxe box set (500 in the UK, 1500 worldwide) includes selections from Naqoyqatsi, Einstein On The Beach, Satyagraha, Akhnaten, The Photographer and more, comes with and eight-page booklet, and is available on vinyl for the first time.

Continuing the NuNorthern Soul Selected Works series is this collection of Balearic guitarist Joan Bibiloni’s output from between 1982 and 1989. Complementing the LP of smooth Spanish islands tracks are sleeve notes compiled from interviews conducted by Marc Rowlands, plus a poster of the front cover sleeve artwork to adorn your listening room wall.

Both of Kraftwerk’s self-titled early albums are receiving the RSD treatment this year, so really this represents two recommendations in one. Their 1970 debut provides more of a rock sound than their later work, thanks to the use of two live drummers, but it is a clear starting point for a group who were to become one of the most important electronic acts of the 20th century – a force still being felt mightily to this day.

Let’s Get A Groove On by Lee Fields

Released for the first time since 1998, Let’s Get A Groove On is one of the most aptly titled records of the last few decades. A blistering set of soul and heavy funk, it showcases Lee Fields’s iconic vocal leading a collection of grooves that cement him as one of the all-time greats.

It Was All A Dream by Notorious B.I.G.

This gargantuan nine-disc box set features Notorious B.I.G.’s four albums bundled together for the first time. Ready To Die, Life After Death and Junior Mafia’s Conspiracy are all double LPs, while Born Again is set over three vinyl records, with all pressed on 180g clear vinyl and complete with liner notes from hip-hop journalist and author Kathy Iondoli. This is where the bulk of our wages will be heading.

The title of Biffy Clyro’s white vinyl RSD release for 2020 comes from the two tracks it covers: David Bowie’s Modern Love and, most pertinently, Frightened Rabbit’s Modern Leper. The latter is taken from the Tiny Changes album (pictured above) – a collection of covers celebrating the 10th anniversary of Frightened Rabbit’s The Midnight Organ Fight – and proceeds from sales here will go to the Tiny Changes charity set up in memory of the unparalleled Scott Hutchison.