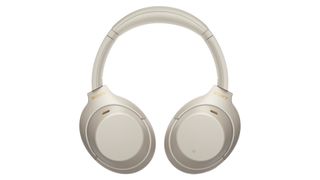 Searching for a great pair of headphones? No doubt Sony and Bose cans have sprung to mind as potential next buys. The two brands make some of the best headphones in the business – wired and wireless, traditional and sporty. Both tend to focus on the premium end of the market, so you can expect top-tier technology and super sonics, but which company is king of the cans?

Having spent many happy hours in the company of Sony and Bose headphones, we know a thing or two about these companies' respective strengths and weaknesses – particularly when it comes to things like comfort, battery life, sound quality, design and ease of use.

Join us as we look at the best Sony and Bose headphones you can currently buy to help you decide which brand's fare is best for you. We'll even find you the best deals so you can pocket some serious savings to boot...

Sony and Bose have both changed the way we listen to music – albeit with different technologies.

Japanese electronics giant Sony famously brought us the Walkman in 1979, kicking off decades of portable audio innovation. The company released its first noise-cancelling headphones in 1995, followed by its first "3-D Surround" headphones in 2011.

More recently, Sony's headphones have won a slew of What Hi-Fi? Awards, and its latest product range is studded with numerous gems that include some of the best-value wireless headphones on the market.

Today, Bose's premium noise-cancelling cans are used by the likes of NASA mission control, the US Military, and Formula 1 teams. And, just like rival Sony, Bose has a string of five-star What Hi-Fi? reviews to its name.

With both brands are on the top of their game, deciding between the two can be tricky. Read on as we take you on a whistle-stop tour of Sony and Bose's best headphones...

Each year, Sony and Bose compete to release the best-sounding, most advanced wireless headphones for the money. That adds up to a dizzying array of products, but to keep things simple we'll focus on the cream of the crop – those that scored highly in our tests. That way, you can be confident in your final decision, whatever it may be.

Got a healthy budget? Look no further than the Sony WH-1000XM4 and Bose Noise Cancelling Headphones 700. Both these flagship noise-cancellers might be heavy on the wallet, but they float lightly on the head and deliver superior sonics.

The Sonys offer 10 hours extra battery life from a single charge and boast a wonderfully-musically sound, while the Bose cans don't quite have the same level of insight but do have a more sophisticated noise-cancelling system. It's a close call between the two but choosing between them does come down to which tops your priorities – noise-cancellation or sound quality?

As the Boses are older, they can currently be picked up for less too.

Don't want to blow the budget? Consider opting for slightly older models that offer great performance at a reduced price.

Just like the flagship XM4s, the five-star XM3s feature noise-cancelling, a 30-hour battery life and a rich, natural sound. So while their sound quality has now been trumped by that of a newer model, they're still a fantastic buy – especially as they're considerably less expensive.

While our first pick as a cheaper alternative to the premium Sonys and Boses would be the Sony XM3s, you should also consider the Bose QuietComfort 35 IIs – not least if, again, your priority is noise-cancelling. They marry a detailed sound (albeit not as detailed as the XM3s) with the Bose's critically-acclaimed noise-cancellation tech and Google's voice assistant. Just note that battery life is 20 hours.

Since then, Sony's built on its early success with the stellar WF-1000XM3s, which are some of the best wireless headphones we've ever tested. Sony's QN1e HD noise-cancelling processor delivers superb sound, and total battery life is an impressive 24 hours with the charging case.

They're not particularly sporty, though. Runners and outdoorsy types should also consider the superb, sweat-resistant Bose SoundSport Free wireless buds. They don't have noise-cancelling, as the Sonys do, but they sound great and are a doddle to use. Their ultra-durable design makes them the perfect gym buddies.

Bose also offers a fantastic pair of wireless buds connected by a neckband cable. The Bose SoundSport Wireless are also pitched at a sportier crowd and are IPX4 water- and sweat-resistant. They're a good option on a budget.

Lastly, it's worth taking a peek at Sony and Bose's upcoming headphones.

Bose recently took the wraps off not one but two new pairs of true wireless earbuds. The Bose QuietComfort Earbuds (£250, $280) are the challengers to Apple's AirPods Pro, and offer eleven levels of active noise-cancellation. Battery life is 18 hours with the charging case – no match for the 24 hours provided by Sony's WF-1000XM3s, although we're expecting typically excellent noise-cancelling from them, and that would explain the shorter battery life.

There's also the Bose Sport Earbuds (£180, $180). They're not noise-cancelling but boast "a new acoustic system" that promises to serves up plenty of pumping bass as you pump iron in the gym. Both models can be pre-ordered now for delivery at the end of September. We've yet to review either model so we'll reserve judgement for now.

Also, bear in mind that Sony is said to be bringing out an updated pair of true wireless headphones in the near future. The WF-1000XM4s are rumoured to up the ante with Sony's latest  DSEE Extreme processor, as featured in the XM4 over-ears. Sony is yet to confirm the existence of the new buds, but if you're not interested in a particularly sporty pair and instead value sound quality above all, your patience could pay off.

Starting to gravitate towards a particular brand and model? To help you make the final decision you'll find a quick and easy guide to the best Sony headphones and best Bose headphones below...

They're not the cheapest option out there, but the extra outlay gets you Sony's latest technology, including wearing detection, which automatically pauses the music when you remove the headphones, and Sony's latest sound processor, which uses new AI to improve audio performance across the board.

Released in 2018, the five-star WH-1000XM3s are no longer Sony's latest and greatest wireless headphones, but if you want top-notch wireless noise-cancellers on a tighter budget these should be on shortlist.

Knocking them off the top-spot is going to be tough – not even Apple's noise-cancelling AirPods Pro buds could manage it.

From solid Bluetooth connectivity to brilliant noise-cancelling, great battery life and a comfy fit, the XM3s tick a lot of boxes and deliver a sound-per-pound ratio that could only be described as 'killer'. You get a good sense of scale despite their pocket size.

Put simply, these 2018 and 2019 What Hi-Fi? Award winners are the best wireless earbuds we've tested so far. Here's how the Bose SoundSport Free vs Sony WF-1000XM3 stack up against one another in detail.

The 700s mark the start of a more premium series from Bose. The design is noticeably more elegant and both acoustics and digital signal processing have been redesigned from scratch. Comfort and aesthetics are spot-on, too.

Tap the Bose logo to hear a battery level reading, or hold it down to decline an incoming call. There's also support for Amazon Alexa and Google Assistant voice controls.

Sound-wise, they're an easy and enjoyable listen. But while they display superb agility and clarity, the Sony WH-1000XM4s offer a little more in the way of detail.

If you like an extra helping of luxury and the best example of active noise-cancelling around, then you'll find the Bose 700s to be some of the best wireless headphones in the business.

We originally reviewed these wireless headphones back in 2017, but they still sound good and feature what is still excellent noise-cancellation today.

For a very reasonable sum of money, you get get three levels of noise cancellation, plenty of nuanced bass, hassle-free Bluetooth pairing, and personalised settings through the Bose Connect app. There's also a dedicated button that summons Google Assistant.

One disappointment? Battery life is 20 hours of wireless playback – 10 less than you get from Sony's XM3 over-ears.

Still, pick them up at a reduced price and these comfy cans offer everything the commuter or long-haul traveller could possibly want.

They're not quite as sonically-capable as the Sony WF-1000XM3s, but they're still very decent performance-wise. And as these sporty buds are sweat-resistant and don't burrow into your ears, they're comfortable to wear for extended periods.

The earbud-mounted control buttons are a doddle to use (some find Sony's touch-sensitive controls fiddly) and save you taking your phone out of your pocket when running. You get five hours of battery life – plenty for a workout.

If you're after a great-sounding in-ears that can cope with a demanding fitness regime, Bose has you covered with these superlative sports buds.

If you're looking for sporty headphones on a budget, Bose is the brand for you. The company also offers these exercise-friendly earbuds. Unlike the true wireless model above, they have a neckband design. Soft silicone rubber hooks provide a secure fit for jogging, while IPX4 certification means they'll put up with sweat and splashes.

Sound-wise, they're some of they best wireless headphones you’ll find at this (now reduced) price point. They serve up a plenty of detail, no harshness and a measured dollop of bass.

Battery life is six hours but when it runs out, you'll need to find a power socket – there's no charging case to speak of. Still, they're a great value budget option and, like a top athlete, tough to beat.