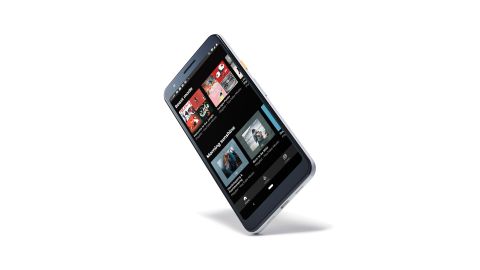 Perfect for the music video fan, but YouTube Music needs a little work on the pure audio side

Launched in November 2015, YouTube Music is the great hope for Google’s assault on music streaming. Google has announced that Play Music will eventually be switched off, with the aim of shifting customers over to the video-famous platform instead.

We were rather underwhelmed by the service at launch, but YouTube Music is now starting to look like it’s ready for the challenge. Several refreshes in appearance and features over the last few years have done it the power of good. The quality of the competition remains an issue, though: Spotify and Apple Music are the mass market titans to tackle, both already offering five-star services.

But YouTube Music is not quite the same as the rest. There’s a leaning towards music videos as much as audio streams and, given the popularity of YouTube as a music platform in its own right, that’s perhaps a niche worth exploring.

YouTube Music’s free tier is a very easy and eye-catching aspect of the service. Naturally, it’s supported by ads - though not as many as you might fear - but, for £10 per month, you can sign up to YouTube Music Premium, which axes them and allows downloads for offline listening too. Students can get this at half-price.

Up your monthly spend to £15 and you can get YouTube Music Premium Family, which buys up to six separate log-ins on the same Premium account.

The YouTube Music app – there’s no desktop equivalent, just a web player – looks sophisticated or bland, depending on your point of view, and is consistent across devices whether iOS, Android or browser-based.

It’s also available through Sonos speakers and anything Google Assistant-powered, such as a Google Home device or a third party model such as the Sony LF-S50G and JBL Link 20.

The user-interface is certainly dark, but also cleanly laid out, with nice legible fonts and three main tabs ‘Home’, ‘Hotlist’ and ‘Library’.

‘Home’ is divided into tiers or ‘shelves’ of YouTube-curated genre playlists with names such as Instant Energy, Morning Sunshine and Beast Mode, along with charts and new releases. You’ll find your recent listening history here, too, but right at the top is ‘Your Mixtape’, which promises ‘endless personalised music’. YouTube Music’s sole discovery feature is based partly on the artists you liked or disliked during initial account setup and partly on what you’ve generally listened to.

But despite having put plenty of time into initially picking our favourite bands, plus a solid week of searching for music, listening to music and mashing the ‘like’ button, our ‘Your mixtape’ selection remains predictable and uninspired. It’s more a collection of tracks you already know and like, rather than anything fresh and exciting.

That’s strange, given that the service is owned by such an authority on algorithms. You’d expect YouTube Music’s discovery feature to start making a few judicious recommendations in quite short order, but apparently not. Spotify and Apple certainly have an edge here.

It’s possible to improve and/or expand the scope of your ‘discoveries’ by enabling location- and activity-based recommendations in the settings. If you’re at the gym or walking in the park, YouTube Music is happy to tailor its recommendations to suit your activity or the time of day. Whether you’re happy to share this information with Google is a different matter. Again, though, we expected to get more out of this in our time with the product than we did. Our location-based suggestions never really seem to kick in.

‘Hotlist’ is effectively a trending page but, disappointingly, it’s only populated with music videos. There were plans to also add audio when we last looked at the service, but it hasn’t appeared in the intervening year so perhaps never will.

‘Library’ is where you’ll find lists of your own, self-curated music — albums, artists and tracks you’ve liked, playlists you’ve created or follow, and your downloads. The number of tracks you download for offline listening is only limited by the storage space on the device you’re using. That could be internal or SD storage on an Android phone. One feature we particularly like is that YouTube Music automatically downloads a mixtape of songs it thinks you will like for offline playback; handy if you’ve not had the foresight to pull down anything yourself ahead of time.

In terms of catalogue, YouTube Music doesn’t give even a rough number of tracks, but instead refers to ‘millions of songs’. Our observations are that it’s fairly big, although not quite what you’ll get on rival services. We duplicate a number of our most successful Spotify, Tidal and Apple Music playlists with few problems – in fact, the only real anomaly is that Radiohead’s In Rainbows proves elusive, as does The Bends, which is odd given that both are available on Google Play Music.

But this is YouTube, of course, so just because we can’t get these albums as straight audio doesn’t mean we can’t access them. Thanks to the effort and enthusiasm of millions of YouTubers, there are a huge number of uploaded music files on YouTube Music that simply aren’t available on any other platform - and you don’t have to watch these streams either.

Slide the switch to ‘audio-only’ in the settings and you can enjoy the vids purely for their music without having to burn through the extra mobile data required to stream video. This is where YouTube Music puts meaningful distance between it and other rival music streaming services.

And there are plenty more where those came from, all waiting to be streamed at your convenience. Subscribers can listen to pretty much anything they can think of. This is perhaps one reason why YouTube Music doesn’t quote figures for its music catalogue.

While our search for The Bends draws a blank for music, under the video tab there are early Radiohead demos of the album, individual tracks, some live versions, an 8-bit version and a ukulele version. This is maybe not what music purists are looking for but it’s certainly a unique selling point.

YouTube Music’s search function is, as you might expect, also better than the rest. Even if you can’t remember the band or the song title, just plug in a few of the lyrics and the app will figure it out.

YouTube Music has certainly upped its game for audio quality since we last tuned in. The service launched with 128 kbps streams but has now doubled the bit-rate to 256 kbps (the format is AAC). Unsurprisingly, the listening experience is greatly improved, but it's still not quite banging.

Spotify and Apple Music both sound noticeably better. Listening to Heart Shaped Box by Nirvana, YouTube Music is missing a level of detail. The grinding guitar solo doesn’t scrape through your nerve endings with the same harmonic detail as is does elsewhere - it's or homogenised with other tones.

The same is true listening to Scentless Apprentice, where instruments playing at full swing are lost in a melange of sound that makes it hard to pick out specifics. The lead guitar doesn’t drive you into the song and there’s not enough differentiation between silences and strums. That shortfall in dynamics is disappointing too.

Streams also have a habit of distancing some instruments in a way that feels unnatural. Listen to Loser by Beck and it struggles to tie together that tricky sitar with the rest of the song.

While YouTube Music is a long way from being unlistenable, it sounds compressed in a way that its main rivals don't. Songs that should build up and draw you in never quite take flight, but it’s so subtle that it’s hard not to blame your own memory of those tracks. It’s only when you try again on another streaming service that it’s obvious.

YouTube Music has made a big step in the right direction and we’ve little doubt that, by the time Google turns the lights out at Play Music, it’s going to be better still.

The user-interface is solid, the features are all there and the search function is terrific. We’re also impressed by YouTube Music’s ability to turn up long-lost musical gems through its video vaults. For those reasons alone, it’s well worth trying out.

What we’d like to see is another bunk up in audio quality and a music catalogue that  matches the other big names virtually track for track.

After all, we’re here to listen. It’s impressive that YouTube Music can find a recording of your favourite album played live at some venue on a given date, but if the actual studio version you know and love is absent, it has rather missed the point.