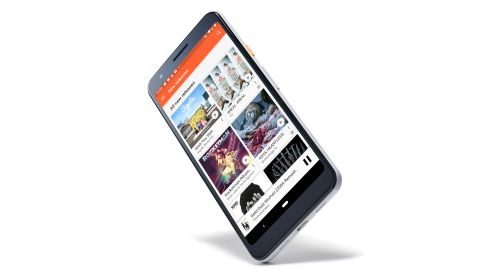 A usable service with a complete feature list, but in terms of its audio performance, it just falls short of the competition

Just as video killed the radio star, YouTube Music is set to kill off Google Play Music. But this won't be a shocking, painful death. Instead it should be gradual, measured and pain-free, with subscribers migrated to the new service only when it's got all of those hard-engineered features that Play Music has carefully added over the last seven years.

So existing subscribers need not panic and anyone looking for their monthly music streaming fix should still give Play Music a chance, as it will likely still be around for some time. What's more, users will not be left out in the cold. Playlists and music purchases will be migrated over to the sister platform along with the main catalogue, so there’s every reason to start using Play Music even now.

Play Music conforms to the standard £10 ($10) per month for access to its all-in streaming plan. That means up to 10 devices on a single account, although you can only stream to one device at a time.

For another £5 ($5) per month, you can upgrade to the Family Plan, which gives you accounts for up to six family members (or friends) where each person can listen and curate independently on their own set of up to 10 devices. Again, that’s comparable to rival services such as Spotify.

Non-subscribers can access the 'music locker' part of Play Music for free. This allows you to upload up to 50,000 tracks to the cloud for listening via the app on all of your devices. You can purchase individual tracks at around £1/$1 a pop, too. Users in the US even get free, ad-supported streaming, but this isn't an option elsewhere.

There are no student plans, as there are on Spotify and Apple Music, though a subscription to Google Play Music does get you premium access to YouTube Music, which is handy given that everything will be migrating there anyway.

With apps for iOS, Android and a web player too, Play Music is virtually an all-access affair. As part of the Google family, you’ll also find Play Music on products such as Google Home, Android TV, Android Wear, Chromecast, Android Auto and there’s also Sonos and CarPlay too.

Understandably, though, the Android version looks best. The content is identical but what looks a bit sparse on iOS and in the browser is a riot of colour on Google’s mobile OS. That said, the user interface is not perfect. Having more obvious navigation tabs across all screens would be more useful.

Play Music has a catalogue of 40m songs, which compares well with other services. What’s nice, though, is that a Play Music search also pulls in a section of relevant YouTube videos you can play in-app.

So, even though there's no version of Parry Gripp’s It’s Raining Tacos in Play Music’s library, we get to enjoy the video version. It’s also a superb way to explore some great music videos, including Stormzy’s Vossi Bop.

Otherwise, a search on Play Music will bring up the kind of results that are ubiquitous across all good streaming services. There are radio stations based on your searches, appropriate related artists and all the popular tracks, albums, playlists, artist information and album artwork. Podcasts are only available in the US for the time being.

In terms of curation, there’s nothing missing here either. You can like and dislike songs with a thumbs up/down, add to a music queue and create playlists that can be made public and easily shared; all fairly standard stuff.

The home page comes with a focus on location, with suggestions based on artists playing at venues near you, the time of day and the sorts of things you’ve listened to before. New music recommendations and new releases are near the bottom of the list.

The side menu brings up a few more options with top charts, a dedicated button for new releases and a thorough radio station search. You can browse by genre, mood, decade and, best of all, activities, including stargazing, singing out loud and barbecuing, along with the more prosaic relaxing and working out.

Using the mobile app, Play Music should also begin making suggestions based on your location. Give the app permission, and it should recognise when you’re down the gym or heading to work and suggest appropriate music. However, this feature didn’t ever kick in throughout our test.

The final button of note on the side panel is the Music Library tab. Not only is this where you’ll find your curated version of the Play catalogue but it’s also where any tunes you've uploaded or purchased will be. It's worth noting that your 50,000-track limit can consist of any combination of MP3, AAC, WMA, FLAC, OGG or ALAC files. The only service that offers more cloud storage for your own tracks is Apple Music, which will match up to 100,000 songs and upload any it doesn’t already have in its catalogue.

But, in use, Play Music's upload feature is patchy at best. It's done using the web player and the Play Music Chrome extension, but when we try to add more than one song at a time, it tends to freeze, requiring us to start all over again. An online search reveals we aren’t alone, so if storage space is an attraction for you, we’d suggest looking elsewhere.

Lastly, like all good streaming services, Play Music also allows you to download music for offline playback – ideal for airplane or underground travel. The only limit to the number of downloaded songs is the amount of storage space you have on your device. Spotify’s limit is 3,333 per device.

No matter what you’ve uploaded, all music streamed or downloaded from Play Music is MP3-encoded at 320kbps. Unsurprisingly, the audio quality is similar to what you’ll get from Spotify’s 320kbps OGGs and Apple Music’s 256kbps AACs.

Listen through a decent speaker or set of headphones and there’s a fair amount of detail on offer. But, listening to The Chain by Fleetwood Mac, you can hear that the treble is rolled off a touch, leaving a warmer and fuzzier sound than you get from other services. This relative lack of sparkle can take the fun out of high hats and leave good drumming and truly piercing vocals slightly expressionless, as we find when listening to Barbara Streisand’s Guilty.

There’s something missing in the dynamics compared to rivals, too, particularly Apple Music, which uses variable bit-rates to provide a little extra punch when needed.

We play Jungle Boogie by Kool And The Gang, and the different instruments aren’t quite as in touch with one another as on other services. The rhythm guitar strums are still too far forward on Spotify, but they’re slightly more detached with Play Music. As with the audio quality all over, though, we’re only talking small margins here. It’s only once you step up to streams such as Tidal that the difference is really pronounced.

Play Music’s equaliser means that you can tailor what’s there to your preference, but only on Android – that feature isn’t present on the iOS version of the app.

Though time may soon be up for Google Play Music, it remains a perfectly good way to stream your tunes for the time being.

The problem is that the market for streaming services is so competitive and Play Music doesn't do quite enough to differentiate itself. Sound quality is fine but unspectacular, and one of its supposed advantages - the ability to fill any gaps in its catalogue with your own uploaded music - simply doesn't work as it should.

That said, with Play Music you get a perfectly useable interface, with a decent catalogue and nice extras such as premium access to YouTube Music. That in itself means it's a reasonable choice, even if it is only a temporary one.