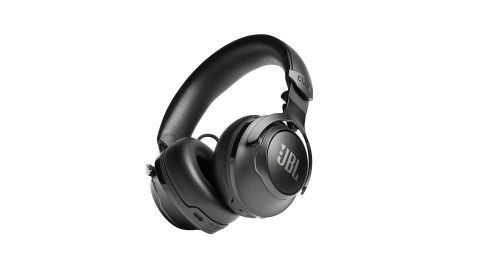 These JBLs are a decent sounding set of cans, but they're a bit on the heavy side – both in the bass and on the head

The JBL Club 700BTs are the entry-level headphones of a series made with touring DJs in mind. They’re the only on-ears in the three-strong range and, unlike the two other models, there’s no noise-cancelling feature here.

But with built-in Alexa and Google Assistant support, a long battery life and a durable build, there’s still plenty to catch the attention at this affordable price.

We’ve seen bigger and the 283g weight isn’t too much of a problem in itself, but after an hour of listening, we’re certainly left feeling that some more padding would be nice.

The faux leather on the earcups initially feels good, but we could do with more cushioning to avoid the frames of our glasses from pressing into our head.

It’s a similar story with the headband, as after just one album we become aware of the hard plastic shell of the 700BTs. The extra bulk and positioning of the durable metal hinges and chunky cups also makes for quite a pinch and leaves us feeling like we’ve taken a couple in the jaw in a sparring session. Our ears heat up over longer listening sessions too.

Still, that metal feels solid and they fold nicely. The matte finish carry pouch offers a bit of scratch protection, but the flexible band and the cable covering are their best chance of longevity. They handle plenty of twist and shear and you’d have to work hard to break the wiring.

The all-black finish of our review sample is the only one available throughout the Club range.

There is Bluetooth 5.0 for connectivity here, but no aptX so you’ll need to connect the included 3.5mm cable to get the most out of high bitrate files.

Bluetooth range is around 10m and battery life is a healthy 50 hours of playback before you’ll need to reconnect the included USB-C charge cable. Recharging is rapid too, taking under two hours to reach full power from empty.

There’s little chance of wasting that battery life either. JBL has included a handy auto-off feature that powers down the headphones if it senses a few minutes of inactivity. Throughout our testing, the system never misfires, prematurely ending our listening.

The earcups are balanced neatly with controls on both sides. On the right are the volume buttons, which also double as media controls with a longer press, the call answer button and the bass boost. On the left are the on/off button, the Bluetooth control and a third button that is either for the TalkThru or Ambient Aware feature, depending upon your selections on the JBL headphones app.

In general, the controls are excellent and we get to grips with them quicker than with many other headphones. The volume controls, in particular, are in a natural position. Our only real gripe is with the bass boost button. There’s no LED light, nor anything in the app to indicate whether this mode is toggled on or off and it’s not always immediately obvious to tell by listening.

The Club 700BTs have a set of microphones integrated within their earcups and that allows for three other important features. The most obvious of these is that you can use them for phone calls. The quality is decent, far better than speaker mode on a handset. There’s a slight echo for the listener at the other end, but the quality is certainly good enough to leave our mobile in our pocket.

Those mics also get put to use with the Ambient Aware mode. When switched on, it allows some environmental sound to pass through into the audio so you can hear the background noise of traffic. However, the effect really needs to be stronger, so we settle for better noise isolation and remembering to keep our wits about us.

We assign the Smart Ambient button to TalkThru mode, which lowers the volume of your music so you can have a conversation without taking the headphones off. It’s unnerving for the person you’re talking to but, as a function, it works brilliantly.

One key selling point of these headphones is that they’re voice assistant-enabled. To access Alexa or Google Assistant, press the large button on the left earcup to act as the wake word, then simply ask for the songs you want to hear, the weather forecast or whatever you normally do. It works brilliantly and we hardly need to repeat ourselves or speak louder.

You might expect a pair of headphones with Club in the name and marketed at the dance music scene to have some tonal imbalance. It’s no surprise that’s exactly what we get, but there are quite a few pleasant surprises too.

We start listening to Aretha Franklin’s Respect and the bottom-heavy leaning is noticeable. We’re immediately aware of the bassline of the track as it bobbles away underneath Franklin’s heartfelt huskiness and the wangling guitar.

The skewed tone highlights a deconstructed feel to the music and upsets the balance of the track. The effect is magnified because the 700BTs pick out a decent amount of detail and have a real sense of space. But all this combined makes us aware of each individual instrument as a separate part rather than a union of sound. It’s not unpleasant, but it’s not the harmony you expect either.

We turn to Radio Free Europe by REM. Here, the imbalance pushes Michael Stipe’s voice too far into the background, compared with the bass guitar and drum kit, and we miss the texture of his throaty tones. It’s a better recording than Respect and more fun to listen to on these revealing headphones.

When isolated, the midrange isn’t too bad, but the top end can be a bit harsh. The higher-pitched percussion on the track has presence and individuality but there’s also a crude and gritty edge to it that is better disguised by electronic music.

The bassline is strong but tight, with a pleasant softness to the edges that gives a sense of warmth to the big buzzing bass guitar. There’s a proper solidity to the kick drum and enough punch and attack for an enjoyable sense of drive. The chorus kicks in and Peter Buck’s rhythmic picking on the lead guitar completes a head nodding moment that’s impossible to escape.

If the balance is too much to bear, it can be redressed with the in-app EQs. We quickly create a custom profile that levels things out nicely. There is also an interesting section of preset EQ profiles chosen by a selection of DJs. Some are all ear-stinging bright cymbals, others make the music sound like the hooves of the front runners at a muddy Grand National. Of the selection, Tigerlily’s is by far the best. Whichever way we go, though, we can’t escape that messing with the EQs squashes the sound for dynamics and the trade-off isn’t worth it.

Listening to Violin Concerto No.3 in G Major K.216 by Mozart, the deconstructed effect is still there but not as pronounced. The third movement is a composition almost entirely of the string section, meaning there’s already an easier blend of instruments. All the same, when we try the same piece with a pair of similarly priced JBL Live 650BTNC headphones, there’s a better sense of togetherness and pacing in the music. What we don’t get so well, though, is the wonderful impact that the Club 700BTs master.

These aren’t particularly dynamic headphones, but there’s an impression of depth and scale from the richness with which the bass is produced. It offers a good backdrop for the first violin to dance in and out of the moods of the piece, switching from sweet to sour in a heartbeat. It’s missing the subtlety for us to hear the full harmonics of the instruments or the horsehair of the bow, but there’s still a shape to the tight plucks of the big instruments that’s difficult not to like.

The JBL Club 700BTs are solid, well-built headphones that offer a good standard of audio. Their strengths are well suited to electronic music and, even though some other pairs of cans are more evenly insightful and refined across the tonal range, they’ll bring a sense of discovery to anything you care to listen to.

The Alexa-integration is handled nicely, the control buttons are well positioned and these headphones are generally intuitive and easy to use. But as well as a shortfall in sound quality, the issues with long-wear comfort prevent them from scoring higher.