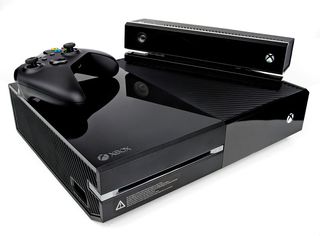 And we start this week [17th December] with that landmark for Microsoft's Xbox One, which long trailed behind the PS4 in the next-generation console market but has now taken the lead in the US and UK.

The figures come from NPD's latest monthly report, with MCV suggesting that Black Friday sales had provided a significant boost to the Xbox One – although sales were down 11 per cent on the same period in 2013.

MORE: PlayStation 4 vs. Xbox One comparison

Sky Sports 1 and 2 have now been made available to watch via BT's YouView service, more than a month after an interim ruling from the Competition Appeal Tribunal (CAT) paved the way for BT to offer the channels.

MORE: Sky Sports 1 and 2 to be made available on BT's YouView service

The owners of Panasonic Viera TVs released in 2014 can now stream more than 90,000 movies and TV programmes straight to their set from Amazon Instant Video, with the service now among the supported apps.

A subscription to the service will be required and there's currently no support for 4K content, but it will no doubt be a welcome addition to the Panasonic app market for owners in the UK, Germany and Austria.

We remain on the subject of video streaming for our next item, which is the announcement from Virgin Media that a number of new features have been added to the Netflix TiVo app to improve your viewing experience.

You can now add up to five individual profiles for different members of the household; send one-to-one recommendations via Facebook; and "Play from beginning" if you stopped viewing a film or TV programme midway through.

Unilet Sound and Vision and Custom Cable have announced the launch of Headroom Show, the new consumer show that's said to be "dedicated to the finest portable audio and digital streaming products" on the market.

It's due to take place in late January at the Metropolis recording studio complex in Chiswick, west London, and will see 35 companies show off their latest products as well as other related events. Tickets are now on sale.

Wuaki.tv has entered into a new content partnership with Curzon World that'll see the streaming service make a range of independent, art house and foreign language movies available as part of its existing catalogue.

The partnership means titles from three labels – Curzon Film World Releasing, Artificial Eye and Chelsea Films – can be watched through Wuaki.tv, including the likes of The Great Beauty, Blue is the Warmest Colour and Armour.

CYP has expanded its range of Modular AV Matrices with the launch of its latest chassis for custom installers – the 32x32 Modular Matrix. It follows the success of its 3U 16x16 chassis and can be fitted with combinations of up to four input modules and four output modules.

The latest addition can also support 4K Ultra HD resolution, while a Modular Matrix Configuration Tool has been made available via the CYP website to assist with the specification process and to let you "graphically build" a matrix.

MORE: Read all our CYP reviews and news

Save A Speaker campaign extended

Last week, we reported how 10,000 hi-fi speakers are sent to a major UK recycling centre every month. Many others, however, end up at landfill sites or incinerators – something one campaign is aiming to change.

Save A Speaker had been due to end on 15th December, but it has now been extended into 2015.

The BBC has announced the launch of its new iPlayer Radio app for iPad, which incorporates a complete new-look and a series of features that include improved live and on-demand listings.

It has been described as a "work-in-progress" with more features still to be added, with the BBC feeding-in user feedback on the existing app to make improvements.

Like other tech sectors, AV is no stranger to innovation – and that has meant having to bid adieu to a number of formats over the years. But creative director, artist and music producer Trevor Jackson is reviving some of them.

On 25th February 2015, Jackson is releasing his first new album in 14 years – F O R M A T. And it'll first be released as a limited edition comprising 12 individual formats each containing one of the album's 12 tracks. Not sure how you'll play it, mind...