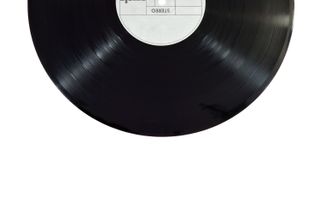 The mid-year figures are in and the big surprise (given the current climate) is that vinyl remains very much alive and kicking in the States. According to the new Nielsen Music/MRC Data midyear report, the U.S. music industry posted a 9.4 per cent increase, despite the very real COVID-19 economic downturn elsewhere.

What's interesting, however, is that music-lovers aren't buying across the board. With some record stores shuttered for months due to lockdown restrictions across the US, CD sales actually fell a whopping 30.2 per cent, to just 18.5 million copies from the 26.53 million copies sold in the prior year. Meanwhile, digital album downloads declined 14.3 per cent too, to 17.65 million from the 20.6 million album downloads in the first six months of 2019.

Thus, with almost all independent stores closed (and with most consumers sheltering at home) CD sales dwindled – even as plenty of shoppers turned to Amazon and other online retailers for their physical music fixes.

As reported by Billboard though, vinyl continues its amazing renaissance and has essentially become the saving grace for the physical format during lockdown. Overall, vinyl album sales enjoyed 11.2 per cent growth to 9.2 million units, up almost 1 million copies from the 8.3 million copies scanned during the first half of 2019.

The American entertainment media brand notes that the vinyl boom is thanks, in part, to Walmart. The hypermarket chain joined the vinyl party in 2020, with a rollout of 12-inch platters added to its in-store music offering.

According to Nielsen Music/MRC Data's 2020 midyear report, Billie Eilish's album When We All Fall Asleep, Where Do We Go? holds the No. 1 vinyl spot, with 85,000 sales. More pertinently, the figures also show that this year, six titles have already achieved above 50,000 scans in the States, as compared with three titles on vinyl in the first half of 2019. Time to buy that turntable you've had your eye on? Do make sure you check out our roundup of the best record players 2020.

13 of the best turntable accessories for better vinyl sound