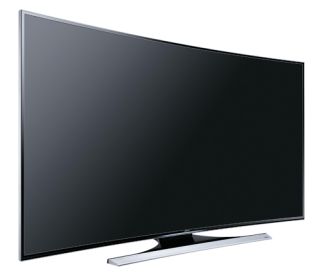 Samsung has expanded its range of curved Ultra HD 4K TVs with the addition of the HU8200 series, a further indication the Korean manufacturer is taking 4K seriously.

We first caught sight of the series – comprising 55in or 65in models – in Germany, but have now seen the 55in set advertised as being on sale at John Lewis for £2500.

According to Samsung, the new series also lets you playback Ultra HD 4K videos, which you might have recorded on devices such as the new Samsung Galaxy S5, in its full resolution.

Expanding its range suggests that Samsung sees a big future for 4K TV, with the firm already listing the HU7500 and HU8500 series among others as being available on these shores.

Of course, the next major challenge to establishing the technology in our living rooms is the available content – something we've started to see movement on from a number of sources.

Japan has launched the "world's first" 4K TV test broadcast – although it's only currently thought to be available to "outlets of consumer electronics mass retailers and some other places".

Here in the UK, the BBC's R&D department is trialling 4K broadcasts from this summer's World Cup – where FIFA and Sony are also working on Ultra HD coverage of several games.