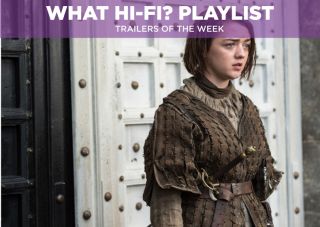 Winter is still coming to the land of Westeros and Essos… we think. But the scenes in this trailer appear to take place in sunnier climes, so perhaps winter has been postponed?

With this season expected to progress ahead of George R.R. Martin's books, we can't wait for this fifth series to start.

Buy Game of Thrones: Series 1-4 on Blu-ray at Amazon

Fast and the Furious 7

Just when you thought this franchise couldn't get any more ridiculous… we clap our eyes on this trailer.

You'll find him in this week's Jupiter Ascending but, later this year, he'll be strutting his stuff as he reprises the role of 'Magic Mike" in the sequel to 2012's smash hit.

The Man with No Fear will be Marvel/Netflix's attempt at bringing superhero hijinks to the small screen. This trailer suggests a more brutal and low-fi take on the character, but will it work?

Daredevil will be available on Netflix 10th April, 2015