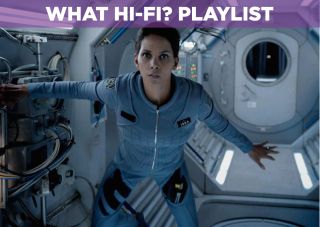 Several months after its debut on Amazon Prime, Halle Berry's Extant hits Blu-ray and DVD this week and we've gorged on all 13 episodes of this new sci-fi series.

The premise of Extant (which means 'still in existence; surviving') revolves around Berry's Molly Woods, an astronaut who returns to earth after 13 months alone on the space station Seraphim. Reunited with her robotics engineer husband John (Goran Visnjic) and Ethan, the android son he created (Pierce Gagnon), Molly is shocked to learn she's pregnant despite being the only person onboard the Seraphim. What happened to her? And why is she having hallucinations about her past?

It's these questions that propel Extant's narrative, which delights in conspiracies and secrecy. So while Extant exists in familiar territory, the combination of its themes and ideas could potentially set it apart from other sci-fi shows, and we reckon it makes a decent fist of doing so.

Molly’s struggles to understand what happened to her is one of several storylines that span the season (she was impregnated by an alien entity on the space station). There are possibly too many storylines for the show to adequately explore (although we did like the one centring around Gagnon), with a few given short shrift or left to simmer, leaving it reliant on Berry's star power.

And for the most part Berry is good, conveying the confusion Woods feels over what happened to her, as well as the strong maternal desire to protect her 'baby'. Her character's devotion teeters on being both repetitive and excessive at times though - Woods making declarations that she 'might not make it back' over and over, but when she does it only serves to deflate the tension the next time it happens.

Extant is more successful when it is exploring the intersection between science and faith, the real and unreal, mortality and immortality and evolution. Reminiscent of executive producer Steven Spielberg's previous forays into the genre, Extant comes across as a mish-mash of Close Encounters of the Third Kind and A.I: Artificial Intelligence but without the wonder or fantasy that Spielberg invoked.

Instead, once the first few episodes are out the way, it's a series that engages the mind more than the heart, not with its science (which is gobbledygook) but with the moral implications of what characters do, or the situations they're forced into. It's not groundbreaking stuff but it keeps your attention, especially in the middle portion of the series where the show is at its strongest as characters' backstories are explored and mysteries are revealed shedding light on their motivations.

However the show's tendency to dip its toes into far-fetched waters leads to moments where it feels half-baked. One featuring an anti-robotics group is undercooked and a sense of the underwhelming spills into its final third, where Extant seems to resolve itself in a nice, neat, easily-tied bow.

There's certainly room for a second series (it has already been commissioned) but we were hoping for a more scintillating and tense end than the underwhelming one served up.

Visually it looks decent, if a bit small scale. Warm yellows and browns used for the earthbound scenes contrast with the blue metallic colours of the space station. There's a bit of fun to be had with technology as creator Mickey Fisher imagines a world where the line between humanity and robotics has blurred. A.I.s are fully integrated into the home, smartphones look like paper-thin, translucent iPhones and cars can drive themselves (apparently everyone - or is that no one? - drives electric BMWs).

Once the end credits roll we're left with the sensation that Extant is decent – a word we've used quite often in this review, but it sums up our feelings. It has a few ideas that provoke thought but rather than engage those ideas fully, it reverts to the more melodramatic aspects, which don't convince quite as much as we'd like.

The balance between drama and sci-fi aren't in sync, but it remains a show with an interesting hook that could realise its potential with a second series (due later this year). Worth a binge watch on Prime Instant.

Buy Extant on Blu-ray at Amazon