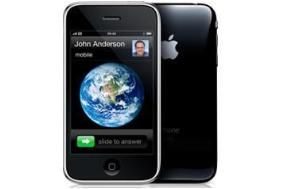 Tesco Mobile has not yet revealed its prices, saying only that they will be "competitive" and will bring a bit of "value" to the mobile phone market.

A spokeswoman for Tesco says: "We really want to bring a bit of Tesco value to the iPhone. We are not just going to copy what's already out there."

In September O2 lost its exclusive deal to sell the iPhone, with Orange and Vodafone signing deals to do so.

Orange has already begun selling the device (albeit at virtually identical tariffs to O2), but Vodafone can't do so until the second week of January, so missing out on the key Christmas season.

You can register your interest in the Tesco iPhone deal on the Tesco Direct website.