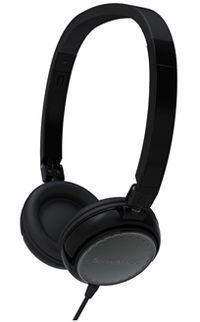 We've just been briefed on four new sets of headphones due to be released over the next few months by SoundMAGIC.

Having enjoyed what we've seen and heard from the company so far – see our review on the PL30 earphones for example – we're excited at the prospect of three new in-ear designs and the company's first set of on-ear cans.

First out the blocks, and slated for a late April release, are the E30 earphones. A set of in-ears with over the ear cable design, they're available for £30 in a choice of four colourways.

These will be joined by the P30 on-ear portable headphones (pictured), yours for £80, available in black or white, and boasting 40mm neodymium drivers.

Last on the list are the EH11 clip-on sport headphones. Yours in green, orange or blue, and set to retail at £49, they have a rigid, behind-ear design and promise solid noise isolation.

We'll be sure to bring you reviews of the new earphones just as soon as we get them.