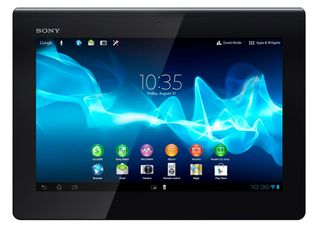 Measuring in at a mere 6.9mm thin and tipping the scales at 495g, the 4G-capable Xperia Tablet Z features a 10.1in 1920x1200 display, 1.5Ghz quad-core Qualcomm Snapdragon processor, 2GB of RAM, NFC, 32GB storage (with microSD expansion) and an 8.1MP rear-facing camera.

Available in black and white, we'll have to wait until Mobile World Congress next month for full UK prices and release dates, so stay tuned.