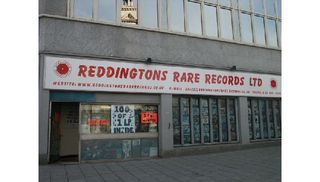 The Birmingham Mail reported that the fire sale of 75,000 records and more items will take place on 6th September at the Redditch-based commercial unit where owner Dan Reddington has operated the business online for the past three years.

According to the newspaper, vinyl LPs, CDs, 7-inch and 12-inch singles will be among the items that'll be up for sale, as well as a collection of 78s and rarities such as Loving You – an early 10-inch album recorded by Elvis Presley.

Reddington operated out of a number of premises across the city before moving his store online eight years ago. He told the Birmingham Mail: "Now vinyl is making a big comeback, with records being made in 180g virgin vinyl, not the recycled stuff.

"To sell, secondhand records have always got to be in good condition, that’s how you get the biggest money for them. Today, there is no set price. The buyer now dictates that, because there are now so many people selling records on eBay."