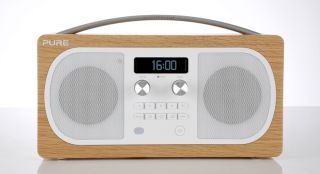 Imagination confirmed the Pure business is being sold on a cash and debt-free basis for £2.6 million in cash.

Pure, which was established in 2002 and employs around 65 people, has said it plans to retain all its staff and remain in the UK.

Markus Steck, director at AVenture GmbH, said: "The experience, knowledge and capability of the team, its enviable customer base, reputation and the strength of the current product portfolio alongside its roadmap are all key to Pure’s future."

Pure says it plans to focus on its core radio business in an effort to be at the forefront of DAB+ radio growth across Europe.

UK technology company Imagination Technologies, which supplies semiconductors and chips to brands such as Apple, announced its intention to sell the Pure business at the start of the year.

Imagination pointed to the increasing losses of the Pure brand and said it believed there were "more appropriate owners for Pure". In the year to 30th April 2016, Pure made a £7.9m loss before tax.