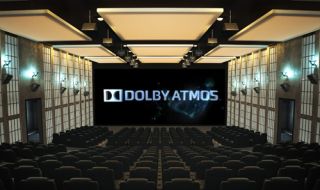 Pioneer, Onkyo and Denon are bringing Dolby Atmos to their home cinema ranges. We've already reported on Onkyo's move into Dolby Atmos, and now Pioneer has confirmed it too will make its Elite speakers (designed by engineer Andrew Jones) and Elite SC home cinema receivers upgradeable to Dolby Atmos via a firmware update available later this year.

"We've been at the forefront of every technology available for the home theatre environment and we're making a point of having Dolby Atmos technology in the latest products that will captivate and transport audiences with multi-dimensional sound," says Chris Walker, director of AV product planning and marketing for Pioneer USA's home electronics division.

Full details of Pioneer's Dolby Atmos-enable products were announced at Pioneer's press conference in New York on June 25th. We're in touch with Pioneer UK to find out if and when the Dolby Atmos products will be coming to the UK.

Not to be outtdone, Denon has announced its AVR-X4100W and AVR-X5200W models will deliver Dolby Atmos multi-dimensional sound and will be the first Denon home cinema receivers to feature Dolby Atmos.

The players will pass the Dolby Atmos bitstream via their HDMI outputs to compatible amps and receivers with built-in Atmos decoders.

MORE: Dolby Atmos: What is it and how can you get it?