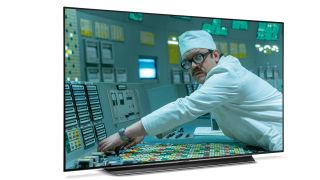 LG today announced the opening of a new OLED panel production plant in Guangzhou, China. The mega factory will be capable of manufacturing ten million large-size OLED panels per year, so could 2020 be the year of the cheaper OLED TV?

Thats good news folks, because it should bring the cost of OLED TVs down significantly in the next few years. Are we saying that OLED TVs will eventually end up costing less than the price of a cinema ticket? Sadly not. LG says while it shipped 2.9 million OLED panels last year, demand is set to rocket.

Global sales of OLED TV in 2020 are expected to top 5.5 million, before jumping to ten million units in 2022, according to market research firm IHS Markit. And you can expect LG to take centre stage, since it supplies panels to the likes of Sony, Philips and Hisense.