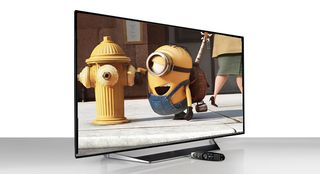 The Consumer Rights Act 2015, which received Royal Assent in March and comes into force in October, streamlines the law and replaces eight existing pieces of legislation.

At the same time, it also introduces a new range of rights for consumers including a 30-day time period to return faulty goods and replacement rights for faulty digital content such as downloaded films, music, games and e-books.

The new Act replaces, among others, the Sale of Goods Act 1979, the Supply of Goods and Services Act 1982 and Unfair Terms in Consumer Contracts Regulations 1999.

Originally put forward by the previous Coalition Government of 2010-2015 under former Business Secretary Sir Vince Cable, the new Act is said to be "the biggest shakeup of consumer law for a generation, bringing legislation in line with the fact that many people now buy goods and services online."

Under the Act, consumers and businesses will have clearer rights and responsibilities including:

• A right to repair or replacement of faulty digital content such as online films, games, music downloads and e-books.

• A 30-day time period to return faulty goods and get a full refund (the law is currently vague on how long this period should last).

• Consumers have a clear right to demand that sub-standard services are redone or failing that receive a price reduction.

• Consumers are entitled to some money back after one repair of faulty goods (or one faulty replacement), even if more than 30 days have passed, rather than having to put up with repeated attempts to get a repair done.

• Consumers can challenge terms and conditions which are not fair or are hidden in the small print.

You can read the full version of the new Consumer Rights Act 2015 here.