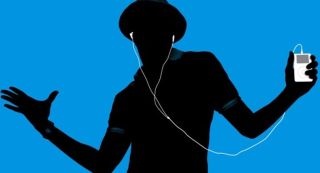 It's the end of an era: MP3 has been declared dead by its own creators.

The Fraunhofer Institute for Integrated Circuits, a division of the state-funded German research institution that bankrolled the format's development in the 1980s, has announced the "licensing programme for certain MP3-related patents and software... has been terminated".

The announcement notes that while MP3 remains very popular around the world, "most state-of-the-art media services such as streaming or TV and radio broadcasting use modern ISO-MPEG codecs such as the AAC family or in the future MPEG-H."

AAC is "more efficient than MP3 and offers a lot more functionality", according to Bernhard Grill, director of the Fraunhofer division, in an email to NPR. He said AAC - which the division also helped create - is now the "de facto standard for music download and videos on mobile phones".

AAC is now the format used by iTunes, while Spotify uses Ogg Vorbis.

Of course, MP3 will continue to be used. As CEPro points out, the format is completely patent-free in the US and Europe, meaning creators and consumers can use it however they like.

Because of its relatively small file size, MP3 helped popularise music downloads, which wrought huge change throughout the music industry in the early 2000s. Nowadays music streaming is on the rise - according to recent figures, revenues from streaming grew 60 per cent last year, while those from music downloads dropped 20 per cent.

MORE: Music downloads could be no more by 2020