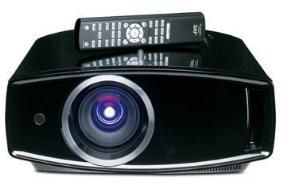 We've built a state-of-the-art cinema room equipped with the latest high-definition audio and video. At the heart of the system is a £5000 Denon AVC-A1HDA home cinema amplifier, powering a 7.2-channel Dali surround sound system.

Why? Because in its day the Marantz DVD player was nearly twice the price of the Sony Blu-ray model, so it's fascinating to see the contrast between standard-definition DVD and high-definition Blu-ray.

And just to take things one step further, we have a clip from the beautifully remastered Blu-ray of The Wizard of Oz playing on Sony's £1100 BDP-S5000ES model.

Still not enough for you? Well for our grand finale we've been given special permission to show two clips from the as-yet-unreleased Blu-ray of Terminator: Salvation. You'll be blown away, we guarantee.