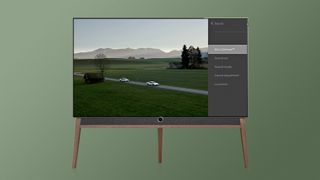 German luxury TV manufacturer Loewe will cease business operations on 1st July due to insufficient funds, according to reports.

Yesterday, German publication Spiegel Online reported that Loewe was bankrupt and planning to shut down operations this weekend.

"For reasons of insolvency law, we are therefore obligated to protect our creditors to provisionally suspend operations on 1 July 2019 with the least possible cost burden," said Loewe managing director Ralf Vogt.

"The brand was pledged to the holding company Riverrock, which had given loans to the Loewe owner," said the solicitor overseeing the insolvency proceedings, Rüdiger Weiß. But the 96-year-old company was denied a further nine million euro investment by the British investor.

While Loewe supposedly had the financial means to last another six months without finding an investor, according to Telecommpaper, it seems it didn't want to struggle on.

Weiß said employees, of which there are approximately 400, had been informed on the operational shutdown.

Loewe has been plagued by financial struggles of late. In 2013, it was saved from the brink of bankruptcy by Munich-based private equity firm Stargate Capital.

Having focused much of its efforts on luxury TVs – including its OLED bild range – Loewe appears to have, unsurprisingly, lost out to Far Eastern manufacturers who are offering similar technology at more affordable prices.

Loewe's UK representatives have sent What Hi-Fi? the following statement:

"Earlier this week on the 25th June Loewe announced to the Germany press that the insolvency process has been escalated, with the management deciding to move from self-administration to standard insolvency proceedings. Whilst Loewe had the support of its suppliers, distribution partners and customers it was unable to secure a loan required by its main creditors. As a result of the insolvency proceedings, Loewe will suspend business operations in Kronach provisionally from 1st July.

"Negotiations with potential investors continue apace with renewed impetus due to the reduction in liabilities a new investor would now incur. Plans are being put in place so that Loewe can continue to supply the majority of products to dealers in order to bridge any gap between the current and potential future businesses. It remains business as usual for the UK/IRE daily operations which are managed by Loewe UK Ltd."

New issue out today: 4K vs 8K, OLED vs QLED – it's the ultimate TV showdown!