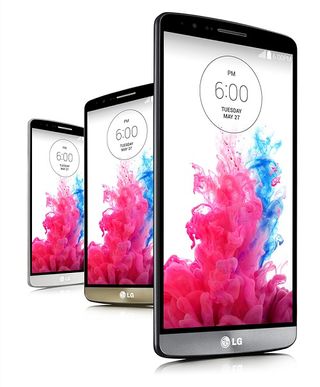 LG has officially announced its new flagship smartphone, the LG G3. The headline specifications include a 5.5in Quad HD screen ith 538ppi, a 13MP camera with a new Laser Auto Focus and a redesigned interface.

The LG G3 will be looking to build on the success of the G2, which we gave five stars last year, and clearly the screen resolution was one area which LG thought it could improve.

LG claims to have reduced the pixel size by 44% compared to the pixels on a Full HD display to make it work on a smartphone.

As a result of that screen upgrade, LG has boosted the battery and, the company claims, by replacing metal in the battery with graphite, claims to have made the 3,000 mAh battery more efficient.

Elswehere there's a a new Laser Auto Focus (another industry first) for the G3's camera, which is a 13 megapixel OIS+ lens. The laser claims to measure the distance between the subject and the camera to produce better results.

The Rear Key control seen on the LG G2 is again present and correct on the G3, with a redesigned power key and volume buttons.

A slim bezel and dimensions that measure 146.3 x 74.6 x 8.9mm claim to make the 5.5in screen capable of being operated one-handed more easily than similarly sized smartphones. The 149g weight is pretty impressive, too.

Much like the Samsung Galaxy S5, LG claims to have simplified the OS for the G3, with features such as Smart Keyboard and Smart Notice aiming to improve the overall user experience, and "Simple is the New Smart" as a tagline.

Like the G2, the new G3 will also support high-resolution audio. Let's hope that the sound quality is a step above the good but not great G2.

The LG G3 will be released tomorrow (May 28th) in South Korea and roll out worldwide, with the UK release date details to be confirmed.