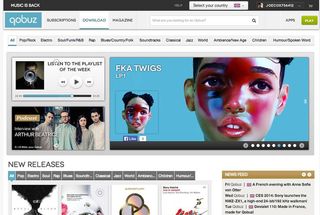 Figures from Qobuz show that, in September 2014, sales of high-resolution tracks and albums overtook sales of lower resolution content. High-res audio sales accounted for 53 per cent of all downloads compared with 11 per cent in April.

Just under half of those who download music said they had listened to albums in a start-to-finish sequence rather than opting for playlists of different artists or purchasing single tracks.

OPINION: High-resolution audio – the science behind the numbers

At a recent event at London's Metropolis Studios, Sony announced that, from a survey of 2000 'music enthusiasts', 84 per cent said they would opt for the high-resolution version of an album over lower resolution formats.

Indie band Editors were at the event, announcing the launch of two of their albums (In the Light and on the Evening, and The Weight of Your Love) in high-res for the first time. Lead singer Tom Smith said, "high-res audio is giving the listener a chance to get closer to that moment of recording, which is closer to the artist's vision than they were previously able to get."

It is thought the growth in high-res audio sales has been – at least in part – driven by the growth in availability, with Sony claiming the total number of high-res albums available has rocketed from 1500 in 2013 to 26,000.

And, in addition to Qobuz, the number of stores offering high-resolution audio downloads is also expanding. HDtracks, for example, announced the launch of its long-awaited UK service in September.

Technics is another audio brand poised to enter this area of the digital music sector – it has said it will be launching Technics Tracks in the UK and Germany early next year.

"There are signs, however, that studio quality audio can be a key influence in reversing this trend as 84 per cent of those surveyed said they would prefer listening to full albums if they could listen to them in high-res audio."