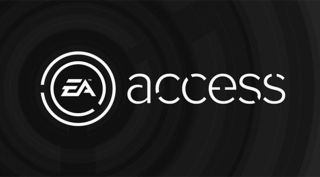 EA Access can be accessed through Xbox Live and offers what has been billed as "a collection of EA's biggest games... ready to download and play" – all for a monthly or annual subscription.

Xbox One owners in the UK and Ireland are among those now able to sign up to EA Access, which has membership rates starting at £3.99 per month or £19.99 if you want to sign up for the full year.

MORE: Now TV and EA Access added to Xbox One

What do you get then? Well, members are given access to The Vault – an "evolving selection" that gives you the chance to download and play some of the latest titles from EA.

Madden NFL 25, FIFA 14, Peggle 2 and Battlefield 4 are the first four full games available, with the service also providing Xbox One owners with the chance to try new titles five days before release.

This differs from a restricted demo version of a game, says EA: a trial version accessed with EA Access delivers the full game experience for a limited time before it's publicly available.

With EA describing that short-lived beta period as "successful", we can only guess that it's looking forward to giving more people the opportunity to sign up on their Xbox One consoles...

MORE: PS4 vs Xbox One