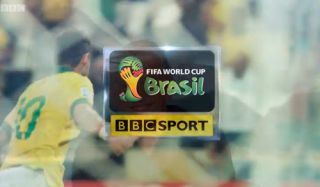 BBC head of broadcast and connected systems Phil Layton has revealed further details about how the corporation's R&D department is trialling the broadcast of live Ultra HD 4K content this summer.

Earlier this month, the BBC confirmed it is to run a trial broadcast of three games from the World Cup in Brazil – sending a live feed to selected facilities to replicate the transmission of 4K content.

According to Layton, the BBC aims to achieve an "end-to-end live UHD broadcast" using both a digital video broadcasting (DVB) network and an "adaptive bitrate delivery approach over IP".

The BBC is working with TV infrastructure firm Arqiva on the digital terrestrial TV (DTT) side and using existing super-fast broadband infrastructure to deliver the feed via internet protocol (IP).

A H.264/AVC satellite contribution feed will distribute the UHD 4K content to the UK, while Main Profile HEVC will be used to compress the video to distribution bitrates for both DTT and IP.

Layton has also revealed that part of the BBC tests will see how newly-launched HEVC encoders perform, which means video bitrates will likely change but probably be around 30-35Mbit/s.

This summer's World Cup is seen as a useful testing ground – and a crucial milestone – for Ultra HD 4K TV, with the tournament possessing the potential to launch the format into the mainstream.

Fans in Brazil also have the chance to catch the football in 4K on big screens, but that currently appears to be the extent of ordinary supporters' chances of viewing the action.

BLOG: Will Ultra HD 4K TV be a winner at the World Cup?