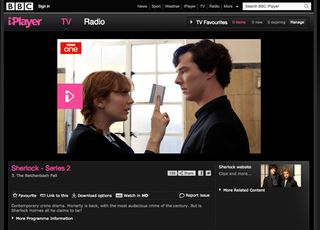 Figures released today show that the growing popularity of internet-connected TVs, smartphones and tablets helped the BBC iPlayer hit record-breaking numbers in 2011, with 1.94 billion TV and radio programme requests across all platforms.

Although computers remeain the most popular device for viewing iPlayer, accounting for two thirds of requests in 2011, December saw a huge spike in usage through mobiles, tablets and smart TVs.

With the installation of an increasing number of mobile and tablet apps – many on new devices bought for Christmas – BBC iPlayer registered its best-ever week after Christmas (December 26-Januray 2) with TV programme requests at a weekly high of 29.7 million.

The most popular programme during the festive season was the Top Gear Indian Special, with 1.7 million views.

Daniel Danker, general manager programmes and on-demand at the BBC, says: "While 2011 was a remarkable year for BBC iPlayer across the board, the real story was growth of iPlayer on TVs, smartphones and tablets."