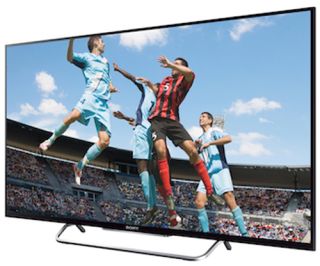 The BBC has confirmed it will be running a trial broadcast of three World Cup matches in 4K Ultra HD, sending a live 4K feed from Brazil to selected BBC facilities.

The 4K trial will replicate transmitting live 4K content to homes, with Ultra HD video being sent over both broadcast and broadband networks.

In what the BBC calls "a future hybrid broadcasting model", the exercise will aim to help the corporation better understand the requirements for sending content over broadband and existing digital TV networks.

The trial will also explore the use of the HEVC codec, which is already being used by Netflix to deliver 4K streaming content to compatible 2014 UHD TVs. As the 'High Efficiency Video Coding' name suggests, it's seen as a better way to deliver large video files over the internet.

A 4K feed will be sent via satellite from three games at the Maracana stadium in Rio de Janeiro – a last 16 match, a quarter-final and the final – to be decoded and sent out via existing infrastructure networks to a number of consumer 4K TV screens at the BBC R&D facilities, replicating sending 4K live football to people's homes.

While we had hoped this might be the 4K World Cup, it looks increasingly likely that consumers won't be able to watch the 2014 World Cup in 4K – even if they have a 4K TV.

Despite FIFA and Sony working to deliver 4K content to broadcasters, as yet there have been no details confirmed of any live 4K public broadcasts in the UK. Unlike in Brazil, where big screens will showcase matches in Ultra HD.

Nevertheless, the BBC's announcement confirms that the broadcaster certainly has 4K TV on its radar.

Matthew Postgate, controller, BBC R&D, said: "BBC R&D has an outstanding track record as a catalyst for bringing the industry together and delivering the future of television to audiences.

"The trials will prove hugely valuable in furthering our understanding of UHD technology, and potential distribution models for the future, as well providing real benefits for licence fee payers in the near-term."

Steve Holebrook, managing director of terrestrial broadcast for Arqiva, said: "By trialling Ultra High Definition with the BBC, Arqiva can demonstrate how future UHD live-events could be delivered to millions of UK homes via the leading television platform – DTT.

"This is the first over-air demonstration of live UHD in the UK and uses new High Efficiency Transmitters and HEVC coding technology."

MORE: How to watch the World Cup online, on demand and on TV