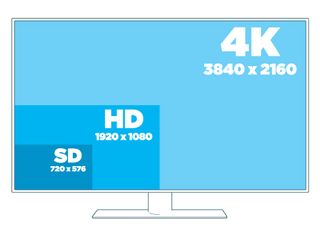 The BBC and Sky are part of a new industry group that has been formed to promote Ultra HD 4K TV in the UK.

The group, known as the UHD-Forum, will be led by the Digital TV Group and co-chaired by Chris Johns, chief engineer for broadcast strategy at BSkyB, and Andy Quested, head of technology for BBC HD and Ultra HD TV.

Its aim is to try and avoid the confusion that surrounded the launch of high-definition TV, first with HD-Ready sets and then Full HD models. There is, as yet, no agreed standard for Ultra HD 4K, so this needs to be resolved before an 'Ultra-HD Ready' logo is released.

MORE: All you need to know about Ultra HD 4K TV

From the outset the UHD-Forum will work closely with FAME (the Forum for Advanced Media in Europe) and other organisations to decide if there is a need for an 'Ultra HD profile'.

"This is a real opportunity to re-invigorate the market and through collaboration generate the greatest economic value for the UK," says Richard Lindsay-Davies, Director General of the DTG.

"In launching the UK UHD-Forum, the DTG is bringing together all relevant stakeholders to work towards the managed delivery of interoperable Ultra HD services, networks and devices."

The BBC and Sony trialled 4K at this year's Wimbledon Championships.