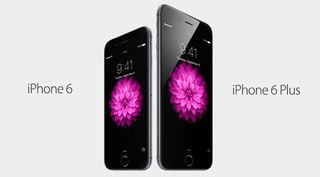 Apple CEO Tim Cook said: "Sales for the iPhone 6 and iPhone 6 Plus exceeded our expectations for the launch weekend and we couldn't be happier.

"We would like to thank all our customers for making this our best launch ever, shattering all previous sell-through records by a large margin."

MORE: Apple iPhone 6 and iPhone 6 Plus are official

After months of leaks and speculation, Apple finally unveiled the iPhone 6 and iPhone 6 Plus on 9th September. Coming in 4.7in and 5.5in sizes respectively, other specs include a new A8 processor chip and M8 motion co-processor unit. An 8MP camera once again features on the rear and a FaceTime HD camera adorns the front.

The new iPhones also ship with iOS 8. The latest iteration of Apple's mobile operating system brings enhanced features to Messaging, including a new QuickType keyboard and a new Health app.

Are you one of the 10 million people to get your hands on a new iPhone? What's your opinion? Let us know in the comments box below.