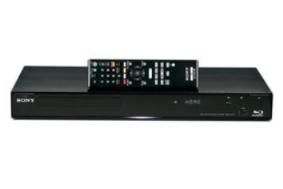 "Consumers are telling us, both in research and in their response to theatrical 3D releases, that they want more content in 3D," says Matsuda.

"Movie goers have shown an overwhelming preference for the 3D version of films when presented with the option of watching in 2D or 3D. And they're telling us they would like to see that experience extended into the home."

Matsuda believes that the 2D Blu-ray format is "already well past the point of having reached critical mass, quickly becoming the standard for high-definition home entertainment", and says it's growing faster than DVD.

In his upbeat assessment, Matsuda predicts that the number of households in the US with a 3D Blu-ray player will increase 3-4 times next year. "I expect 2011 to be a break-out year for Blu-ray 3D," he says.

As for the relative lack of 3D software, he is confident that there will be an increasing number of titles available in tme for Christmas.

Do you agree? Will you be buying a 3D Blu-ray player this Christmas? Let us know what you think in the Comments box below.