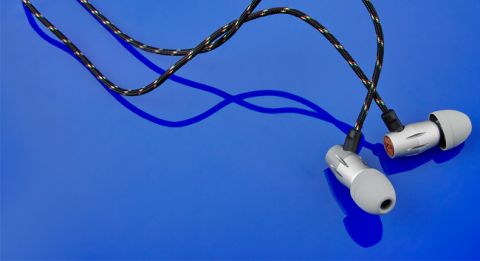 Though good looking, a lack of ability leaves the Legends wanting where it really matters

From the fabric-covered cord that looks like one of those friendship bracelets you used to bring back from holiday, to the aluminium mushrooms you put in your ears, House of Marley Legends knows how to do eco-friendly chic.

There’s method in the coolness too; in particular, the braided fabric makes for a very quiet cable. If we were trying to find the trendiest in-ears, these would probably be near the top. But alas, sound is where it counts.

You’d expect these earphones to enjoy something such as Toots and the Maytals’ Pomp and Pride. Even in an old recording, there is reasonable detail, good dynamic range and the offbeat rhythm skips along for an entertaining listen.

The balance, however, is not flawless. A middle-forward mix makes for a reasonably punchy sound, but one that at times feels one-dimensional.

On a track such as Oceansize’s Music For A Nurse, that matters. At first, the guitar’s delay rings nicely between your ears, each pluck decaying sweetly until the next, but the lack of texture soon leaves you wanting.

With weight in the bass and a soaring treble, each chord change would wrap you in a warm blanket of sound – here, it doesn’t.

Moreover, the frequencies being rolled off at both ends affect the vocals; though there is little in terms of basic range, a lack of space makes it sound unnatural.

You want to become immersed in the music, but a balance so focused on the middle keeps you from being able to fully commit. This is in stark contrast to rival in-ears such as the Klipsch Reference R6i, which excel in this particular department.

To say the Legends are concerned only with style would be unfair.

Where they focus they do so reasonably well, it is just too narrow a field of vision to fully satisfy.

Read all our House of Marley news and reviews