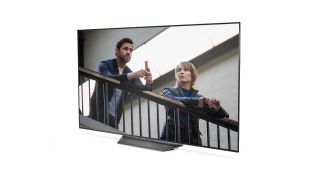 “Is OLED dead?” is a question the TV industry has faced for years – first as a response to the panel technology’s initial production problems and high prices, both of which it confidently overcame.

But now it rears its head again within a new context. With OLED’s issues well known and the evolutions in OLED TV arguably modest over the past couple of years, it does beg the question: has OLED anything left to give? And will it soon succumb to a next-gen technology?

Understatement of the year: OLED technology has left an indelible mark on the TV industry. In recent years it’s set the benchmark for premium sets, offering deeper blacks and wider viewing angles than LCDs ever have, as well as class-leading colour reproduction – and all in the thinnest sets on the market. An OLED panel’s self-emissive ability to light each pixel individually, meaning a bright white pixel can sit next to a black one without either impacting the other, has largely eradicated the light bleeding (or haloing) common in LCDs, too.

Look at industry awards, including our own, over the past few years and many of those awarded to premium sets have deservedly gone to OLEDs.

The technology has some well-known issues, of course, which the industry has both come to terms with and taken swipes at. OLEDs are only capable of around half of the peak brightness of the very brightest LCDs, for example. Indeed, the South Korean contrast ratio war wages on, with LG’s OLEDs digging up the blackest blacks, and Samsung’s QLED LCDs capable of the brightest whites and colours. Both are considered vital for getting the best out of HDR content, so if OLED has indeed reached its peak luminance limit, as is widely thought, where does it go from here?

As has been the reoccurring talk of TV town, OLED screens are susceptible to image retention and – worse – burn-in. It’s a thing, it happens, it is one of OLED’s flaws. However, realistically, unless owners are putting their OLED TVs through extreme usage or are displaying static images on them for very long periods of time, that issue shouldn’t materialise. We've never experienced the issue on any of our test samples, even those we've kept on a long term basis.

Then there’s the current expense and difficulty surrounding production of larger OLED screens such as 75in and 88in sizes.

While OLED essentially delivers everything LCD cannot, it’s far from perfect then.

Still, for now and, we expect, many years to come, OLED is going nowhere. In fact, its popularity will probably grow, in the short term at least, as a) we see smaller (48in) sets on shelves for the first time, and b) mass production capacity of Inkjet-printed (IJP) OLED display technology significantly increases, as is forecast.

OLED’s most likely fate is that its reign as ‘the best’ will eventually come to an end as it takes a backseat to a newer premium technology, and even then it could well go on to adopt the more affordable share of the market that LCDs occupy now.

What’s the future? MicroLED and QD-OLED

So what is this OLED killer we speak of; this better technology around the corner? The likely champion looks to be a new self-emissive technology called MicroLED, which essentially promises the benefits of OLED and QLED/LCD combined, and then some: perfect contrast and colour control, four or five times the brightness of OLED, greater power efficiency and ultra-thin construction. Ideal, right? Right.

But in reality MicroLED in mass form is likely some way off and will be very, very expensive – we’re talking multiple times more than a flagship OLED or QLED – when it does arrive. At the moment, only Samsung and Sony have massive MicroLED displays available to consumers, The Wall and Crystal LED TVs respectively. And no, you don’t want to know how many hundreds of thousands they cost.

Then there’s Samsung’s $11bn QD-OLED project, which could lead to a more viable OLED and QLED rival to fill the gap before MicroLED becomes accessible. Despite pooh-poohing OLED at every opportunity and heralding QLED, Samsung looks to be ripping up its own rulebook to create a QLED-OLED hybrid. (And it’s not the only one, as Chinese manufacturer TCL is also committing itself to a hybrid Quantum Dot OLED display called ‘H-QLED’.)

Expected in (although far from confirmed for) 2021, the hybrid would marry the quantum dot technology of QLED with the organic light-emitting diode panel design of OLED, using blue OLEDs as a backlight source, with both red and green quantum dots printed over the top of the blue OLED layer. The result? The dark depth of OLED and colour volume and brightness of QLED. QD-OLEDs will supposedly have a more simplified (and therefore lower cost) production compared to OLED, too, owing to the fact their make-up would comprise fewer panel and colour filter system layers. Now this sounds promising.

The future as we estimate it here may not be imminent – 2020's TV landscape will probably look broadly similar to, although naturally a little improved over, this year's, with Samsung in one camp and LG, Sony and Panasonic in another continuing to lock horns over their next-gen QLED and OLED TVs respectively. Look beyond 2020, and perhaps even 2021, though, and the future of TV looks very bright indeed. Literally.