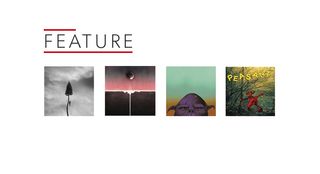 As we enjoy the first fruits of a year's-worth of new music, there's still plenty of great albums from 2017 that deserve to be given a thorough listening to on your hi-fi system.

Whether you're after wonky folk music, virtuoso jazz bass or are interested in one man's mission to save hip-hop, we've got ten cracking albums that will entertain you for months to come.

By rights a concept album about the lives of the inhabitants of a kingdom in the North of England during the early Middle Ages shouldn’t work. It shouldn’t even be allowed. So it’s to Richard Dawson’s considerable credit he doesn’t swerve the hey-nonny Chaucerisms and self-regarding prog-rock nonsenses Peasant seems made for so much as trample over them. Yes, there are some awkward chord progressions, some arcane melodies and some tetherings of goats to carts – but grit your teeth and bear it. There are ample rewards to be had.

Being the poster boy for the Future of Hip-Hop evidently doesn’t sit well with Kendrick Lamar, not if his lyrical preoccupations on DAMN. are anything to go by. And yet he just can’t help himself. Putting an original slant on a genre that has spent the last decade slowly and ostentatiously low-riding down a cul-de-sac is no mean feat, and to do it twice in the space of two years is little short of astonishing. Deeply personal yet wide-ranging at the same time, DAMN. is the sound of intelligence and creativity overflowing for no other reason than it simply has to.

We couldn’t write a ‘best of 2017’ list without mentioning Lorde, could we? Her sophomore effort Melodrama is a more mature, mainstream and pop-inflected sound compared to the minimal dream-pop of Pure Heroine (which, let's not forget, won the then-17 year old two Grammys). But it's no less an astonishing record. Melodrama tackles themes of loneliness, and its loose narrative of a house party and insightful songwriting will make you catch your breath. Smoky vocals are to the fore on Writer in the Dark and the piano-led Liability, but it’s the anthemic, fist-pumping disco pop of Supercut and Perfect Places that really make this album worth listening to over and over again. We guarantee you won’t get the Green Light chorus out of your head once you've heard it.

A Black Mile to the Surface - Manchester Orchestra

It’s no easy thing to be passionate, committed and sincere without sounding worthy and po-faced – it’s a fine line but Manchester Orchestra tread it confidently. This fifth studio album finds the band continuing to mine that particular seam labelled “American Earnest” more deeply than ever – multi-layered vocals butt against tasteful bass/guitar/drums arrangements with the occasional keyboard fill and electronics pad for contrast. The world’s not short of wide-eyed vendors of unironic heart-on-sleeve confections, but as an example of the mature art Manchester Orchestra take some beating.

Buy A Black Mile to the Surface at Amazon

Time was the Mogwai sound was a unique and startling proposition. Nine albums in, though, you know exactly what you’re getting here – and that’s just fine with us. Some of these pieces are songs, some are tunes and some are exercises in dynamic tolerances, but all of them describe a band still in love with texture and sonic potential. In places a little bit motorik, in places a little bit Jean-Michel Jarre, Every Country’s Sun has the strength to wear its influences lightly and to create a language of its own. Plus on Party In The Dark it has the nearest thing to a pop song Mogwai have yet delivered.

Buy Every Country's Sun at Amazon

Another year, another Oh Sees album (including another change of line-up and of name). Ever-reliable despite the constant upheavals and staggering productivity, Oh Sees’ latest is the usual winning melange of psych-, punk- and stoner-rock leavened by some prettiness (particularly in Keys To The Castle and Jettisoned). If you like your off-kilter garage thrash inventive, melodic, stinking of cigarettes and housed in reliably awful artwork, Oh Sees prove (for the nineteenth time in twenty years) to have exactly what you need.

Just like the last 22 years never happened, Slowdive slip out a new LP – and not only is their best, it’s one of the very best albums of 2017. On the surface little has changed in the last two decades – the Slowdive sound is still dream-like and foggy, slurred and bottomless. But there’s greater urgency here than before, a greater sense of scale – and the familiarity of the sound doesn’t prevent it from communicating new ideas or beliefs. One of the few bands capable of being vast and intimate all at the same time, Slowdive are the most unlikely of elder statesfolks.

World of the Waking State - Steffi

At first acquaintance World of the Waking State may seem straightforward. Simple, even. But let its elegant, streamlined electronic language, at once calm yet restless, wash over you and it becomes obvious Steffi is full of ideas – she just doesn’t shine a big bright spotlight on each and every one of them is all. Once the tumblers fall into place and the door to World of the Waking State is opened, the spacious precision of its sound and the judiciousness of its construction make it an album that reveals a little more about itself with every listen.

Buy World of the Waking State at Amazon

Mainstream success and critical acclaim seldom go hand in hand. It’s to Annie ‘St. Vincent’ Clark’s immeasurable credit the combination isn’t the most remarkable thing about Masseduction. Beneath the pointlessly provocative sleeve her 80s influences sound uncontrived, her melodies sound effortless, and her restless inventiveness makes these songs and their arrangements sound like she dipped into her back pocket and extracted them fully formed. Have a listen to Los Ageless and you’ll know exactly what we mean.

One person’s ‘virtuoso’ is another’s ‘massive show-off’ – and Drunk is certain to establish which of these people you are. Bass virtuoso/show-off Stephen Bruner (for it is he) has been working and recording since the age of 15 and has been the go-to guy for artists as diverse as Kendrick Lamar, Flying Lotus and Suicidal Tendencies. For his third solo album he enlisted luminaries like Michael McDonald and Pharrell Williams, and turned in a record of such smooth peculiarity that the description ‘jazz’ is altogether too tentative. Drunk is unlike anything else 2017 had to offer.

Just in case you need more convincing, you can listen to some highlights from these splendid recordings on our bespoke playlist via the links below. Got Deezer, Qobuz, Spotify, or Tidal? Click through below for a taster - and don't forget our monthly What Hi-Fi? playlist updates too.