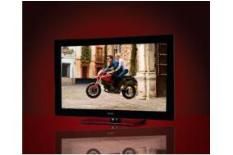 It might not be the best in every single way, but it’s the best all-rounder by far

Having read about or looked at Sony's cheaper five-star TVs such as the £760 KDL-40EX503, it could be hard to wonder how a model further up the range could improve on it enough to justify a higher price tag.

As it's considerably more expensive, that's exactly the task facing this ‘HX703.

Clearly it has fancier styling, and the so-called ‘Monolithic' design is certainly arresting, taking the compact, straight-edged design of the standard model and adding a seamless panel to the front (as well as an optional 6-degree tilt).

More than just a pretty fascia
Styling alone is unlikely to tempt people to part with the extra cash, but luckily, the 'HX703 also improves on the 'EX503's performance across the board.

After first installation the picture looks dull and subdued, with rather dirty whites, but turn the Ambient Sensor off and spend a bit of time with a THX Optimizer disc and it's easy to get this Sony looking its best.

And its best is superb. It produces much deeper blacks than the 'EX503, which makes the hospital on the Shutter Island Blu-ray even more foreboding.

This is combined with excellent insight, though, so you never miss any detail (but believe us: that doesn't make the film any less frightening!).

The great neutrality of its cheaper sibling is present, but that extra depth gives the palette an extra degree of lusciousness and solidity, as well as an even more subtle range of colours, which makes skin more lifelike.

In terms of overall detail, this is a surprisingly big improvement over the 'EX503, which helps it reveal those wrinkles that prove Leonardo DiCaprio actually is a grown-up.

True, closely priced peers dig up an iota more of the finest details, but given the Sony's advantages in other areas of the picture, we have no problem declaring this one of the most accomplished Blu-ray performers we've seen.

Furthermore, switch to The Book of Eli on DVD and it becomes clear that this is a supremely accomplished upscaler.

Even the patterns on the menu screen are more detailed and solidly defined, and the level to which it maintains these qualities when the action starts equates to a crisper and more three-dimensional presentation.

Standard-def is stable and clear
This ability with standard-definition translates to a superb Freeview picture. Whether you're watching Top Gear or South Park, the Sony takes the incoming signal and reproduces it with excellent balance and control, and it should come as no surprise that the Freeview HD picture is beautifully sharp and vibrant.

The final ingredient is the audio, and although the Sony is outplayed by strong competition, it does sound impressive, with genuine detail and solidity through the mid-range and bass. Only some hardness in the treble lets the side down.