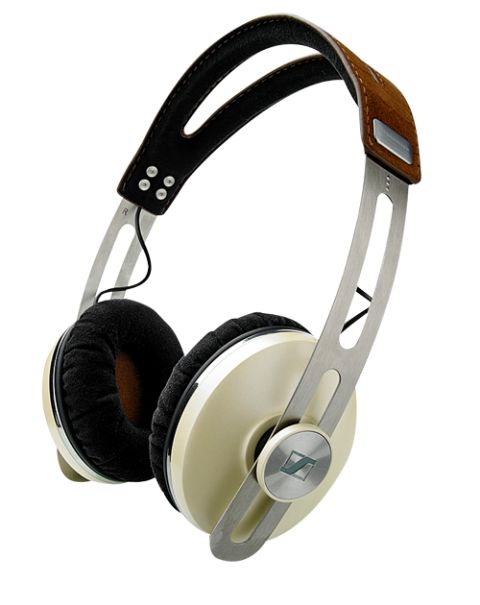 Almost a full-house but not quite, the Sennheiser Momentum On-Ear headphones are still a good-sounding, stylish pair of portable cans

The original Sennheiser Momentum headphones were the company’s first venture into the style market last year. We liked them a lot (so much so that they won a 2013 Award). The Momentum On-Ears are their little brother. We like these, too.

They’re really nicely made, for a start. The suede headband is a nice touch and the stainless-steel sliders look great.

The finish (it comes in pink, green, ivory, blue, black, brown and red) is near flawless. And they’re comfortable. The ear-pads contain two types of foam and grip your ears with just the right pressure.

The Mometum on-ears don’t provide an awful lot of isolation from the outside world, but when you’re walking around town, crossing roads and suchlike, that isn’t necessarily a bad thing.

The designers have even lavished attention on the cable. Apart from the smart-looking three-button remote control and microphone unit halfway up, there’s a 90-degree plug. People who keep their smartphone in a trouser pocket will rejoice: no more broken cables! The box also contains a regular wire for those who don’t want the remote.

In the main, that attention to detail is reflected in the Momentum On Ear's sound. They have more bass presence than the Award-winning Philips Fidelio M1 headphones, but stop short of ridiculously bombastic (a la Beats by Dre).

There’s punch here and, although you don’t get the last word in agility, there’s still enough pace to your tunes to keep things interesting.

The Sennheiser's treble is decently detailed and sits nicely with the rest of the frequency range. The last thing you want is for high frequencies to be trampled on, and these cans steer clear of that.

They lose their fifth star, however, in the midrange. There’s a scooped-out quality to it that draws away some detail in vocals, snare drums, guitars and so on.

This makes them a little less transparent than they could be, and sometimes focuses your attention on the wrong musical elements.

This trait isn’t too noticeable when listening to simple material, but play a bit of hard-charging metal, say, and there’s a certain amount of detachment to the sound.

But it’s not a deal-breaker. The Momentums still serve up a nicely easygoing sound. Like the Philips M1s, they’re the kind of cans that you could listen to all day long.