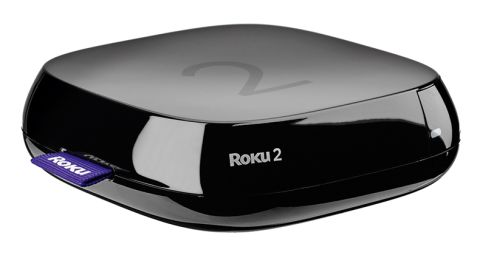 This is easily Roku’s best value streaming box to date

Better performance for less money. That’s what it’s all about. That’s all we really want from our hi-fi equipment, isn’t it? And with the new Roku 2 (officially called the Roku 4205EU), that’s exactly what you get.

We say ‘new’, although the Roku 2 has actually been the lucky recipient of a recent upgrade. That means your money now goes a lot further: it is as well endowed as the more expensive Roku 3 model.

Gone are the analogue connections of yesteryear, replaced by an HDMI socket. Roku has also added an ethernet socket (for more stable streaming), a microSD card slot (for more app storage) and a USB port (for playing your own content).

That’s before we even plug the thing in. Once it’s up and running, the real upgrade becomes obvious: the speed of operation. Flicking through menus or scrolling through lists is a responsive experience. Buffering screens are a rare sight thanks to snappy loading speeds.

It’s stable as well – we didn’t experience a single system crash in hours of play time.

So, if the new Roku 2 is as powerful as the Roku 3, what’s the catch? The difference is in the remote controls. The Roku 2 doesn’t have the fancy remote of the Roku 3, which adds a headphone socket for wireless listening, and motion sensors for gesture-based gaming.

What you get is a simpler, cheaper point-and-click stick, which feels a bit unsubstantial. And you will have to point and click, because it operates by infrared (as opposed to the Roku 3’s RF connection). If your cat is in the way, you’ll have to move.

But it doesn’t really feel like we were missing out. The core experience is the same, and we’d rather have an extra £30 in our pocket than spend that on a fancy remote. Besides, there’s always the Roku controller app (free on Android and iOS), which makes an excellent alternative.

The core Roku service has not changed much, which is reassuring. You’ll be residing in a neatly organised page of your chosen apps (or ‘channels’ in Roku-speak), separate from the general apps market.

The key channel offering is excellent. You get most of the big guns in streaming: Netflix, Now TV, Google Play, Spotify, YouTube, BBC iPlayer, ITV Player, All4 (the recently renamed 4OD) and Demand 5.

There is no Amazon Instant Video, but it’s available on Roku boxes in the US, so we can live in hope.

What sets Roku apart from other streaming platforms such as Amazon or Google is that it is totally unbiased. There’s no hard sell here – it won’t shove any particular service in your face, or steer you towards buying you anything.

The set-up is intuitive too, and you can even re-order the apps in a layout of your choice.

There are plenty of other channels in the marketplace (around 1400 in total) but we’d struggle to enthuse about many of them – particularly the one about rescue cat shelters.

The latest update has brought a couple of new features, including Roku Feed, which lets you select cinema releases, and will update you when they become available to stream.

Roku Search does exactly as it says, letting you search across channels for titles and names. At the moment it’s limited to Netflix, but we expect it to cover other channels soon.

We’ve long been fans of the Roku way. Its mix of usability and good, unbiased content is an alluring proposition.

And now that you get top spec for less money, it’s a no-brainer. Stream away!

Read all our Roku news and reviews