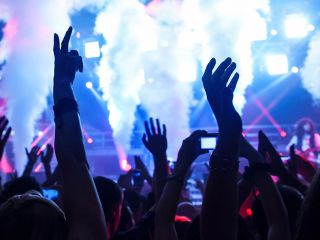 If you’re looking for the right network for the new iPhone 7, you can stop your search at Three.

The network built for data features numerous innovations designed to ensure you get the best smartphone experience. They’ve really resonated with users, too: in March 2016, iPhone owners rated Three the best for mobile internet on smartphones*.

There are dozens of reasons to choose Three for your iPhone 7. Here are just four of them.

It carries more data than any other network

Three was built for data, and carries more of it than any other mobile network (Enders Analysis, July 2016 – see three.co.uk/awards). It understands that the Snapchatting, Instagramming, Netflixing, WhatsApping, Tindering, Pokémon masters of the UK need a shed-load of data. And that's why it's offering 4GB of data for the price of 1GB, and a massive 30GB data for the price of 8GB on selected plans. See three.co.uk for more details.

With Three’s amazing data deals and award-winning network for iPhone (see three.co.uk/awards), why would you go anywhere else?

Use your phone abroad in 42 destinations with Feel At Home

Taking your smartphone on holiday can be a costly business. But thanks to Three’s Feel At Home, in many countries you can use your mobile just as you would in the UK.

It’s now possible to use your allowances to call and text home and use data in 42 destinations including USA, Australia, Germany, Portugal, Greece and many more*. So you can consign Airplane Mode to history and use your phone to your heart’s content.

Sometimes, no matter how far you reach, you just can’t get signal when you’re indoors – but that shouldn’t mean you have to go off the grid. Three’s inTouch app allows you to call and text using your Three phone number whenever you’re on Wi-Fi in the UK, even if there’s no mobile coverage.

Simply download and install the Three inTouch app on to a compatible Apple or Android smartphone and you’ll stay connected whenever you have access to broadband Wi-Fi.

Three’s new low frequency 4G Super-Voice signal penetrates more deeply into buildings so you can make calls, send texts and browse the internet in places you couldn't before.

Until recently, 4G networks only carried data. Three was the first network to allow calls and texts over 4G when it launched 4G Super-Voice last year, reducing the volume of indoor blackspots in the process.

4G Super-Voice now has 65% UK population coverage, and its roll-out will continue throughout 2016. You can check if you’re covered at Three.co.uk/coverage.

>> Find out more about Three's network at Three.co.uk