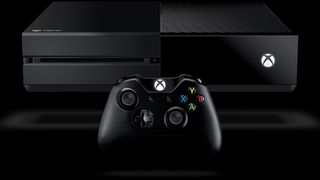 It supports all bitstream formats, including more recent ones like Dolby Atmos and DTS:X. Which should improve your audio experience considerably.

Dolby Atmos is a surround-sound technology that makes the listening experience more immersive. It was first used by Hollywood and in selected cinemas, but is now trickling down to consumer products like LG's latest OLED TVs and BT Sport as well as multi-channel receivers. It's also on the way to Sky Q.

MORE: No, the Xbox One S isn't a very good 4K Blu-ray player

DTS:X, meanwhile, is a rival way of enhancing surround-sound. Unlike Dolby Atmos, it started in home cinema kit and then spread to cinemas.

According to Microsoft, the feature will come to the Xbox next week.

Other improvements in the update include a new look and feel for the Home section, a slicker, more intuitive Guide, new ways to multitask and a simpler way to stream gameplay from your Xbox One.

MORE: No, the Xbox One S doesn't support 4K pass-through